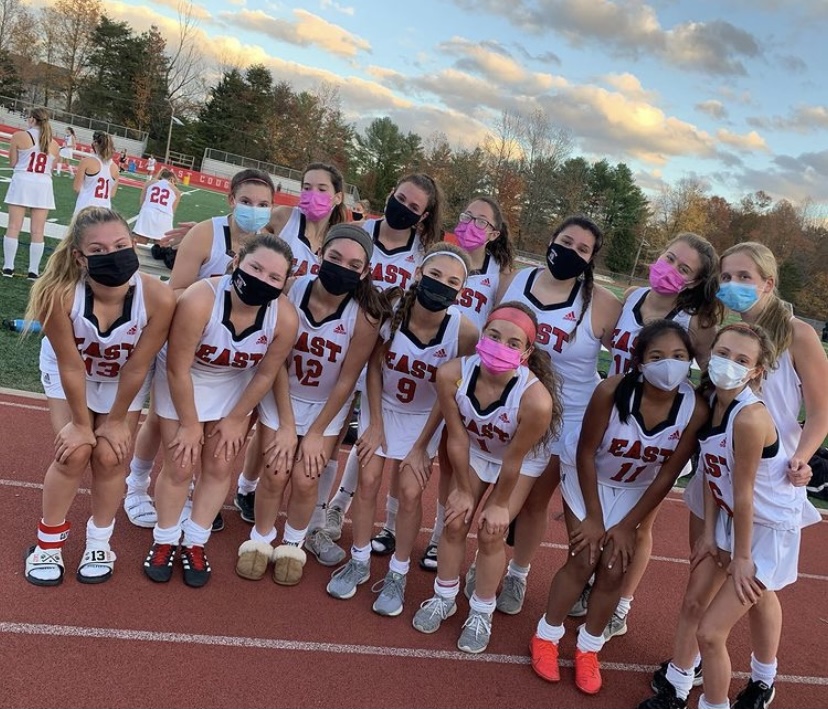 The Cherry Hill East field hockey team did not let the Covid-19 restrictions slow them down. Although the season started later and the season had less games, the girls worked hard and pulled out some wins. The team suffered a tough loss to Cherry Hill West, but defeated Old Lady of Mercy and scored their most goals of the season. Even after facing injuries, the girls still maintained a strong team dynamic both on and off the field.

“This team is so special because we were more like a family. Whether we were at practice, warming up for a game, or singing together on the bus, our bond was like no other.” said captain Juliane Alcamo (‘21).

With the new addition of JV head coach, Lisa Patron, the future looks bright for East Field hockey. The team already has many underclassmen with a lot of skills and experience.