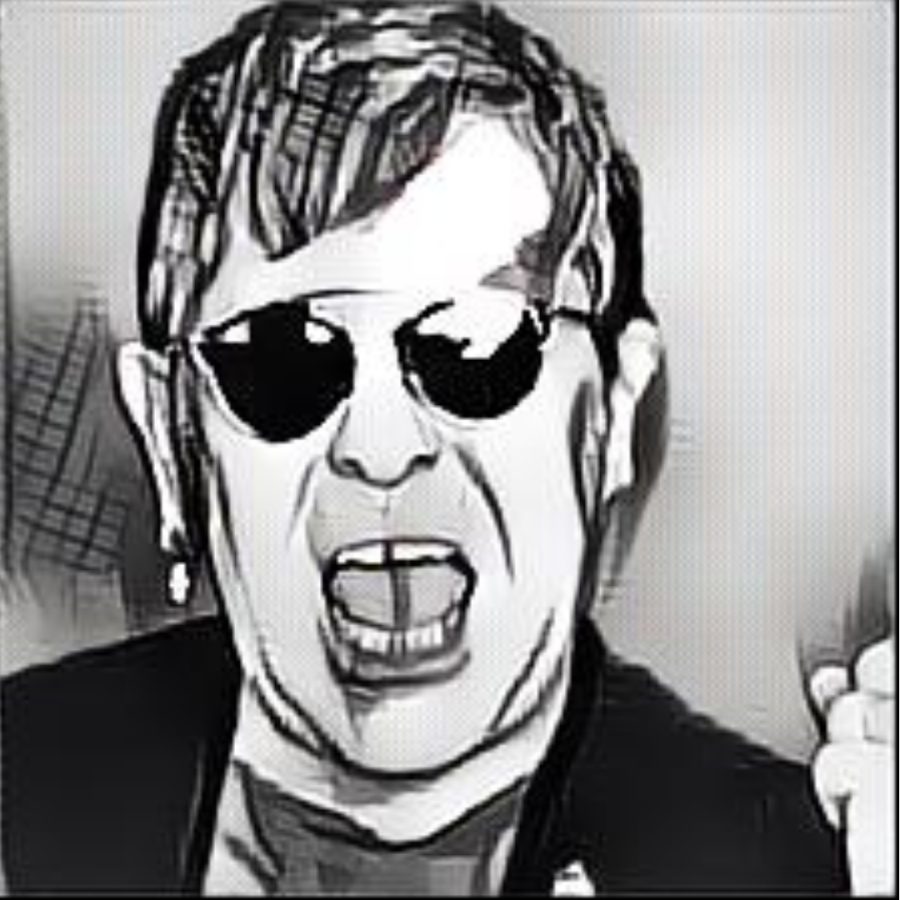 Courtesy of the guardian.com Illustrated by Lauren Winslow

English singer-songwriter, Elton John, was born in 1947 to parents unaware that their son was to become a household name only fifteen years later. John showed his talent for music at an early age as he taught himself to play piano at age four. It was clear that his skill for music came to him in his sleep, but this ease in his life was not long-lived.
Elton John grew up as Reginald Kenneth Dwight in Middlesex, England. He was his parent’s only child and he shared in later interviews that they placed immense amounts of pressure on him to make a name for the family. His father served in the Royal Air Force leaving John to essentially grow up without him as he never seemed to be home. John’s parents wished for him to receive a high education, obtain a conventional job, and marry a woman all by the time he was thirty. Despite their wishes, Elton did the exact opposite.
At fifteen, John got a part-time job as a pianist at a pub near his childhood home and went by the name “Reggie.” He had this gig until 1962 when he formed a band called “Bluesology” which they played in until the late 60s. In 1971, John was scouted by Liberty Records for a record deal as a singer, songwriter and composer. When he accepted the offer he also legally changed his name to Elton John after two of his band members.
Around this time, John was engaged to his girlfriend, Linda Woodrow, but broke off the engagement only weeks before the wedding as he said that “something about the relationship felt wrong”. After this breakup, John released the track “Someone Saved My Life” in 1975. Many speculated that this was a farewell wish to Woodrow, but John later confessed that the song was hinting to his former bandmate, Long John Baldry, as John believed he was saved from years of an unhappy marriage. However, in later interviews, both John and Woodrow disclosed that their marriage ended as John had an affair of five years with his former manager, John Reid. Though this relationship did not progress, it helped John realize what he had been subconsciously hiding all of these years–his sexuality. In a 1976 print of The Rolling Stones, Elton John announced that he identified as bisexual.
John faced several years of hateful threats and the number of his listeners was practically cut in half. It was not until he married Renate Blauel in 1984 that he was left alone by the public. The two were married for four years and then slowly began to retreat from the public eye and divorced in early 1889. After their divorce, John quoted to The Rolling Stones that he was “quite comfortable being gay”.
In 1992, the Elton John AIDS Foundation was founded to further educate the public about the disease, as well as to fund research.
In the same year, John met his current husband, filmmaker David Furnish. The two were one of the first couples that were able to have a civil relationship under the law as they married each other on the day that the Civil Partnership Act came into play in late 2005.
Elton John continued to have a successful career, despite the hardships he was forced to face as he progressed into his late 50s. He has gone on many tours, raised a family, and has had his life made into a movie. In a 2016 interview with Independent magazine, John stated, “I have never been happier. I’m 69 in March and I feel very young inside. The body lets you down sometimes. But I think what keeps you young is the willingness to keep learning, the willingness to listen.”