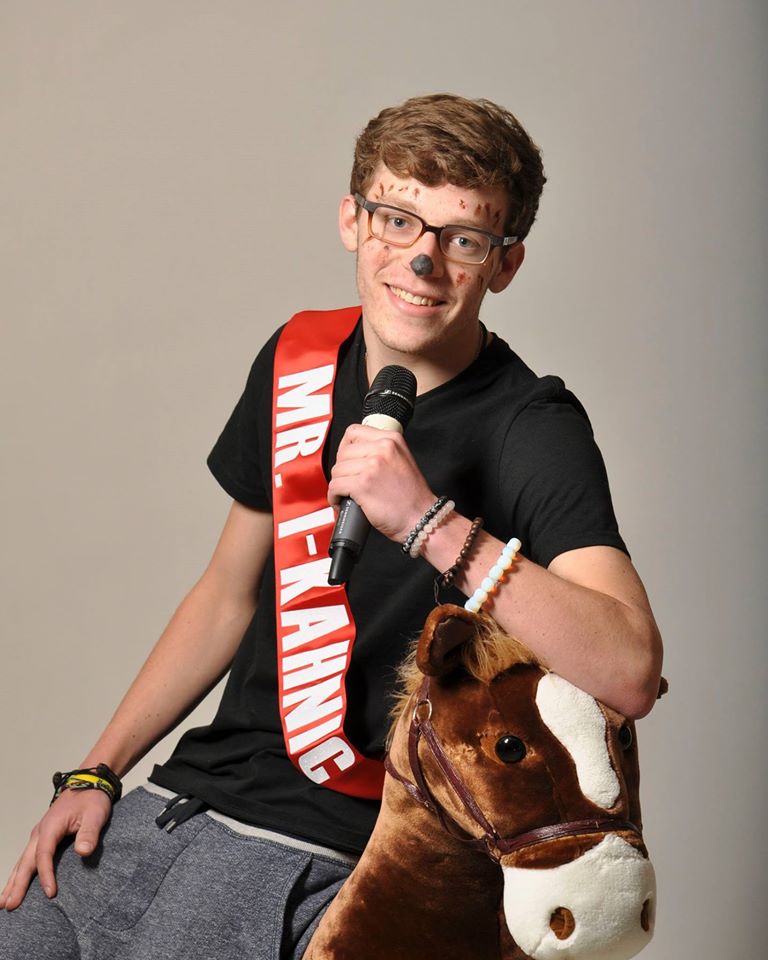 David Kahn, also known as Mr. I-Kahnic, is one of the ten contestants for Mr. East. (Courtesy of Adi Eylon.)

David Kahn, also known as Mr. I-Kahnic, is one of the ten contestants for Mr. East.

David Kahn (‘16) has always been known to be an extremely unique, interesting character, and has seen the definition of the word “character” as it applies to him change through his frontal role on Lifetime’s Pitch Slapped. Although he and the rest of East’s award winning acapella group, Stay Tuned, have participated in much higher stakes competitions, on April 15, Kahn will vie for the title of “King of the Jungle”, and Mr. East as Mr. I-Kahnic.

Kahn named Jack Tremper as his biggest competitor. “We’re the only ones singing,” he said. Both contestants starred on Pitch Slapped together as members of Stay Tuned, and are now going head to head for the Mr. East title.

“I started [really] singing in high school, freshman year I did vocal workshop,” Kahn said. “But, you know, music’s been in my life forever.”

During the show, Mr. I-Kahnic will bring his lifetime passion to the stage, which he said he looks forward to sharing.

Kahn said he is most looking forward to “putting on a show that no one can really expect.” He added on by saying he plans to come in with a surprise.

“Even though in my act I’m singing,” Kahn said, “the theme behind it is kind of cool.”

As he hunts for the King of the Jungle’s crown, Mr. I-Kahnic will be competing as a bear. “I didn’t pick the bear, they picked it for me,” Kahn said. “But I’d say a bear goes out and gets what he wants [like me].”

In regards to the contest’s results, Kahn expressed optimism.

“I definitely have a shot,” he said. “Competition’s not easy, but I’m aiming for that W… I think that I bring a very unique personality to the bunch. I mean, we’re all unique, that’s why we’re out there, but I like to think there’s nobody quite like Mr. I-Kahnic.”

As the competition draws closer, Kahn said his excitement is staying up.

“I’m just excited for everyone at East to just experience the life of DKahn out there,” he said. “As much as I’m outperforming in being a goofball, it’s still me putting on a show for everybody, so I would hope that everyone enjoys it.”