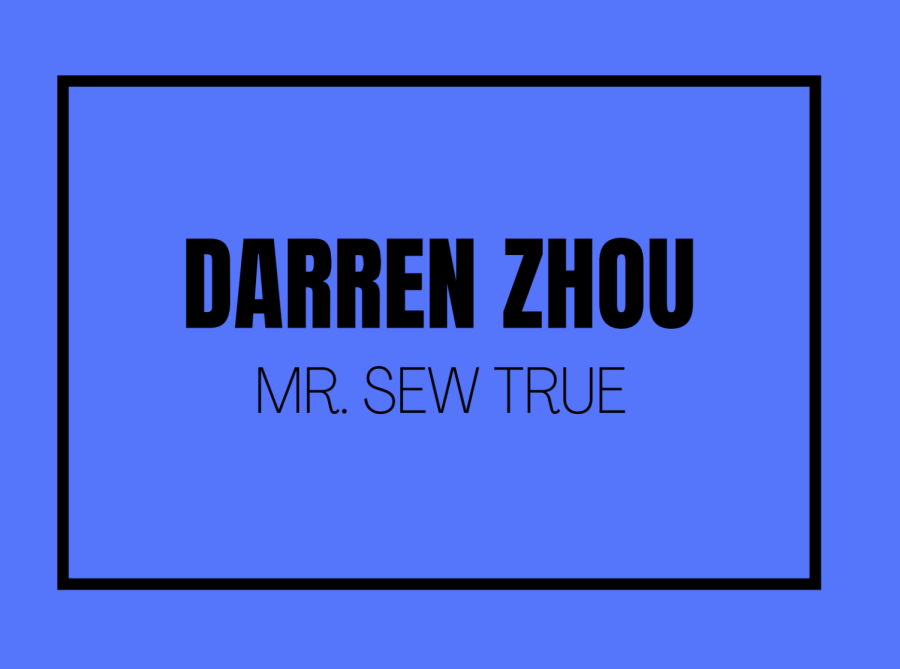 Darren Zhou(’22) will be competing as Mr. Sew True in Mr. East 2022, as well as representing the superhero of The Flash, the scarlet speedster also known as Barry Allen.

Zhou is excited to begin this journey of closing his time with East in the form of having fun and leaving what he hopes, is a legacy.

“It’s definitely a moment where I kind of add onto East history,” says Zhou. Zhou also expresses that though he may feel nervous before the show and preparing for it, he trusts that he will find comfort on the stage as he has done in the past before.

“I always find that just being able to perform on stage is really fun,” says Zhou. Zhou also speaks on why he feels like he could represent The Flash, as he shares some similar characteristics with the fictional character.

“I’m always on the hustle,” says Zhou. Zhou reveals he chose to represent the superhero because of the rush he feels in his everyday life and could see how that aspect of his life could be represented as his superhero as well. Zhou also reveals his personal hobbies and interests as well as future goals having been at East for the last four years.

“I see my future in the science room,” says Zhou. As a student who loves biology, Zhou can picture himself in the setting of his Mr. East interviews in the near future. He also adds that though he may not have one specific talent or interest that he always had, he is more of a well-rounded person who sees a future in the science field.

“I would say I’m pretty well-rounded,” says Zhou. Zhou also shares about his love of fashion and that he will be incorporating that into his Mr. East act. Stay tuned for his act on the East stage this Friday!