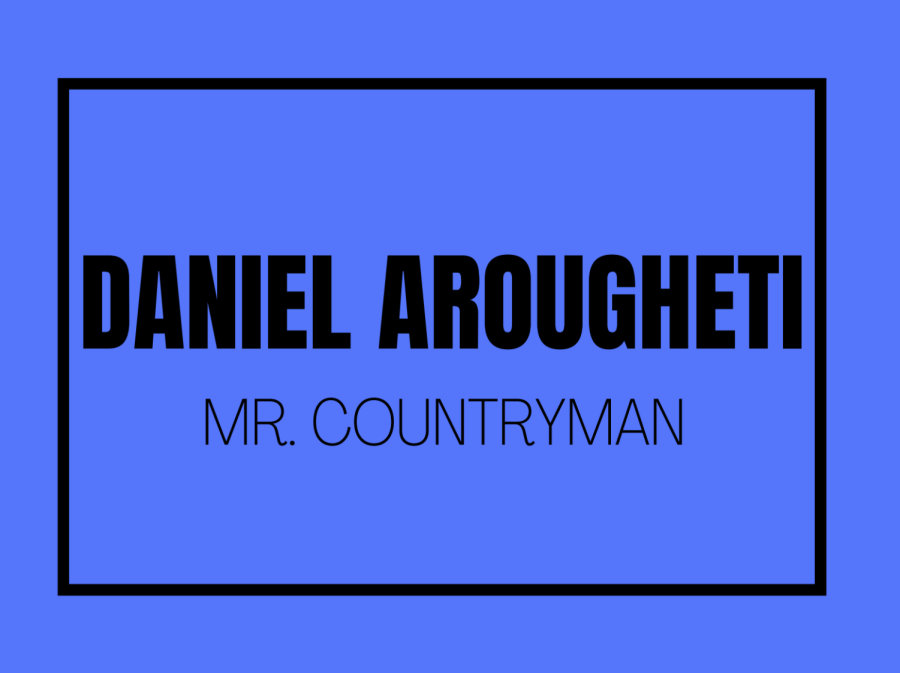 Arougheti will compete as Mr. Countryman in Mr. East 2022.

Whether he’s riling up the crowd at East’s basketball games or participating in discussions in Senior SGA, Daniel Arougheti (‘22) is easily recognizable amongst the school community. Thus, running for Mr. East, an East staple where senior boys compete in a pageant and show off their skills to all of the crowd’s attendees, Arougheti is ready to turn the stage into his next conquest.

With this year’s theme being all things super, Arougheti, will put on a show for the judges and watchers as he will take on the role of Superman, who he already classifies as the go-to and strongest hero, the one everyone thinks of. This hero symbolizes his affinity for entertaining, his strength, and being a natural-born, strong leader.

“I was inspired to try for Mr. East because I thought it would be a great experience as it is something that I have seen East students come together for every year,” he said.

To prepare for his act, Arougheti has practiced singing and playing the guitar in his room, as well as hyping up the crowd – which his qualifications (and Mr. Countryman name) prove he is good at.

In addition to the actual performance, Arougheti was most looking forward to the suit shopping and formal wear aspect of the show so he can put together something “snazzy.”

Out of the other contestants, Arougheti thinks he will have the most competition from Darren Zhou (‘22). However, he definitely feels that his fun performance will be able to win it all and take home the title of Mr. East 2022.

Arougheti’s ability to make people laugh, vibrate the stage and the crowd, and put on a good performance will definitely be his edge as the competition moves closer.