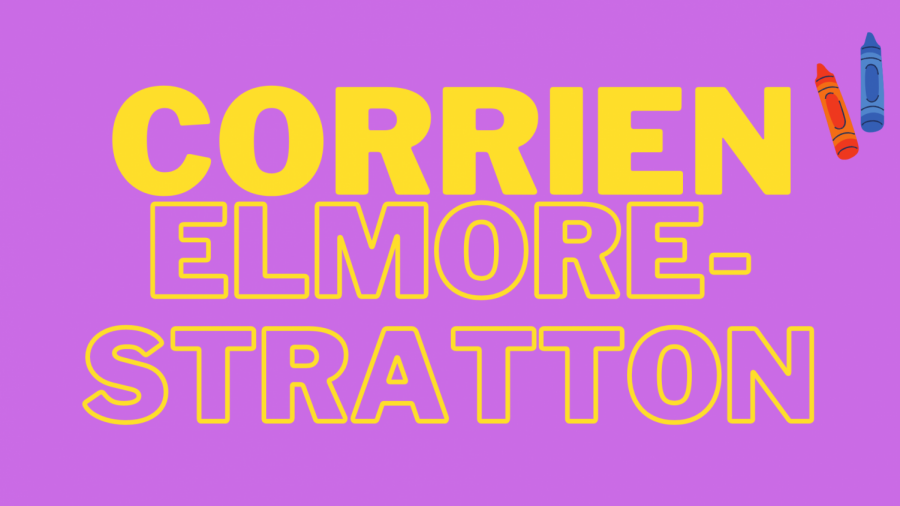 Corrien Elmore-Stratton is one of the 2020 Board of Education candidates.

“I don’t want Cherry Hill East students to tell their parents to go and vote for me.”

That may not be the message you’d expect to hear from a Board of Education candidate, but it is what Ineda “Corrien” Elmore-Stratton told Eastside in discussing her 2020 run. Cherry Hill voters should “make sure they’re selecting someone that represents their voice in its entirety,” no matter who that candidate is, Elmore-Stratton said.
Elmore-Stratton’s career in and passion for working with youth and families as the Executive Director for the Greater Philadelphia YMCA, as well as her experience as a mom of four boys and 30 year resident of Cherry Hill, drove her to run for a seat on the Board of Education. With her experience on the Board for a brief term as an appointed member in 2019, as well as her experience leading and serving on multiple professional boards throughout her career, Elmore-Stratton said she is prepared to become a leader on educational policy for Cherry Hill.
Elmore-Stratton is confident in her ability to deal with pressing and long-term issues. Top of mind in any current conversation around education is one such issue, that of Cherry Hill Public Schools’ COVID-19 response.

“There’s not gonna be one solution where everybody’s happy,” said Elmore-Stratton when asked how she would personally address the issue. In order to find a solution that would work the best for the most people, Elmore-Stratton said she would first use existing benchmarks for evaluating learning a few months into the school year to see where teachers and students stand in terms of traditional curricular success.
Additionally, she emphasized the need to listen to the community and be transparent, saying the Board must “set the table for there to be another open conversation,” and that “one of our bigger issues is that this time has caused a little bit of a distrust.”

Releasing a new survey for Cherry Hill families to explain what would be best for them moving forward in the school year is one step Elmore-Stratton believes the Board should take. According to her, many families were undecided when a previous survey was released, or have had circumstances and opinions change after experiencing the first month or so of remote learning. Elmore-Stratton believes that by working with community members to analyze current circumstances in order to find the best path forward, the Board could ensure an optimal outcome.
One less-discussed impact of remote learning is schools’ start times. The CDC recommends that high schools start no earlier than 8:30 a.m., and while East has traditionally begun classes at 7:30 a.m., remote learning has brought about a start time of 9:30 in the morning. This change feeds into an already intense nationwide discussion as to whether schools should start later, especially for older students. While research exists saying that delaying start times can improve everything from students’ academic performance and mental health to their risks of car crashes or obesity, major logistical challenges can get in the way of changing start times.

Elmore-Stratton said she and her high-school-age son have both enjoyed not having to get up at 5 a.m. for school. Seeing the potential benefits of moving to a later start time for schools in some permanent fashion, Elmore-Stratton believes this is the right time to research more and determine whether the change would be best for Cherry Hill. Again suggesting the Board should engage and survey the community, she said we should look into what parents and students have learned and experienced in what will be several months of having had a later school start time. She also said this would be an opportune time to make a potential move, as bussing contractors may be more flexible in order to re-secure business that’s been lost with in-person schooling on hold.

One area Elmore-Stratton said she does not particularly have a position on as of yet is that of fair funding for Cherry Hill Public Schools, building maintenance, and the issues surrounding those topics. However, she did say that residents can’t want change in the schools while not wanting to pay for those changes. When it came to the bond that failed to pass in 2018, Elmore-Stratton said she voted based on her son’s needs in terms of improvements at his school for sports facilities. Without voting for change, there will be no change, she emphasized when it came to the bond issue.

The final policy issue discussed with Eastside, police in schools, was a personal one for Elmore-Stratton. As issues around police and race have risen to the forefront of recent American discourse, whether police should remain in our schools is an issue that has stoked controversy.
As an African American family with several sons in Cherry Hill schools, Elmore-Stratton said she was initially very afraid for their safety with police in schools. However, her fears have eased due to her involvement in the community when it comes to these issues. As a board member of the African American Civic Association, Elmore-Stratton made it a point as a parent to be a part of community conversations on the issue and to tell police her fears. Through developing a positive relationship with the chief of police in Cherry Hill, as well as other important figures, she was able to emphasize the importance of positive police-student relationships, helping to ease those fears. In her view, police cannot be there for discipline, but rather must be there to help kids and be a positive presence.

When it comes to the related topic of school security, Elmore-Stratton said there are many lines of defense before school police when incidents arise. Describing security vestibules as one great measure, she also said the first response to a serious situation such as an active shooter should be outside police.

Finally, Elmore-Stratton explained what this election is about in her final pitch. Emphasizing that we need to begin working together as a team again in the Cherry Hill community, Elmore-Sttratton urged voters to choose candidates who will be their best advocate on the Board.
“Look at this year as a turning point year and not a year of losses,” she said, adding “You are not going through this alone.”
Most importantly of all, Elmore-Stratton had this message for anyone 18 or older: “vote.”