Conspiracy theories have a detrimental impact on society 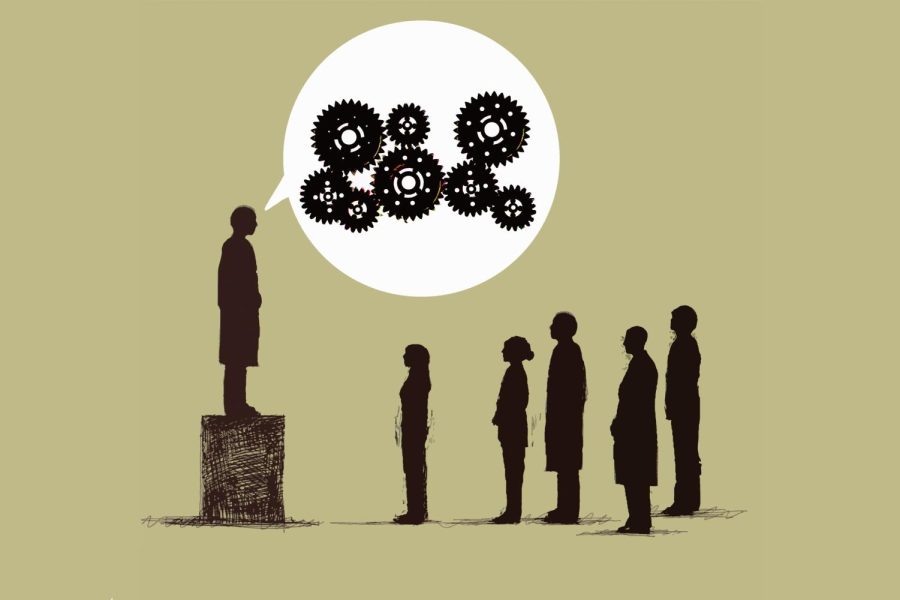 Was John F. Kennedy really assassinated? Do Covid-19 vaccinations contain traceable data-collecting microchips? Is the Illuminati secretly pulling the strings of society and watching your every move? Are there aliens that sink boats and aircrafts in the Bermuda Triangle? These are just a few of the countless conspiracy theories that plague social media and the world wide web. While they seem jocose for the most part, some of them can be potentially harmful, especially for those paranoid about them.
For example, a New York Times article quotes Karen Douglas, a professor of social psychology at the University of Kent in England, and her colleague, Daniel Jolly, who found that “people who were exposed to anti-government conspiracy theories were less likely to want to vote than those who had read information refuting conspiracy theories.” They also similarly found that people who do not read about global warming conspiracy theories are more likely to “take action to reduce their carbon footprint.”
However, conspiracy theories can be beneficial to a degree, because they implant a sense of skepticism in their believers. Skeptics are more likely to question the things they read and hear, which could prevent them from mindlessly agreeing with something, whether it be a legal contract or an argumentative statement within a conversation. They are less gullible, and in turn, could make more conscious decisions by examining and researching information, as well as engaging in discussions with others.

For the most part, though, conspiracy theories are damaging to society and its followers Take Stella Immanuel, a Houston pediatrician, who helped perpetuate a conspiracy theory that hydroxychloroquine could “cure” Covid-19 in a video posted online. While the Food and Drug Administration (FDA) readily responded that hydroxychloroquine is “unlikely to produce an antiviral effect”, Immanuel’s video, according to Vox, “quickly went viral, drawing millions of views on Facebook, Twitter, and YouTube in a matter of hours.” It’s likely that a portion of the viewers truly believed Immanuel, without even second-guessing her claims. Imagine if hydroxychloroquine was an extremely dangerous and toxic drug. The effects could have been devastating for Immanuel’s followers.
Conspiracy theories, such as Immanuel’s, have been around forever, which is why, according to the New York Times, “some scientist or therapist will eventually try to slap a diagnosis on believers in Big Lie conspiracies that seem wildly out of line with reality.” Still, today, a diagnosis to prevent or stop people from believing conspiracy theories seems both inhumane and uncanny. That’s exactly why Dr. Gordon Pennycook, a behavioral scientist at the University of Regina’s school of business, in Saskatchewan, simply says that as a rule, you should not spread false content or information. Pennycook also says that it’s important to be focused when forwarding headlines or stories to others because distracted people are more likely to do so without vetting their information or sources.
Even with Dr. Pennycook’s advice in mind, people should not completely steer away from conspiracy theories and social media, where they are often spread like wildfire. Instead, in schools and universities, students should be taught to separate credible sources from shady and false ones, if they are not already. Educators should continue to teach students to question what they read and hear and help them understand why, for instance, a certain article or historical document was created. How else can humanity prevent itself from senseless submission to online lies and misinformation? If students are taught to untangle the truth from the lies, the next generation may have a better chance at winning the war against conspiracy theories.
Spreading the truth and dismantling the theories one reads and sees is the first step that anyone can take to fight on the right side in the internet’s most turbulent information war. Together, humanity can take a stand against senseless submission, and Eastside is doing exactly just that, with our package below on some of the biggest conspiracy theories today.