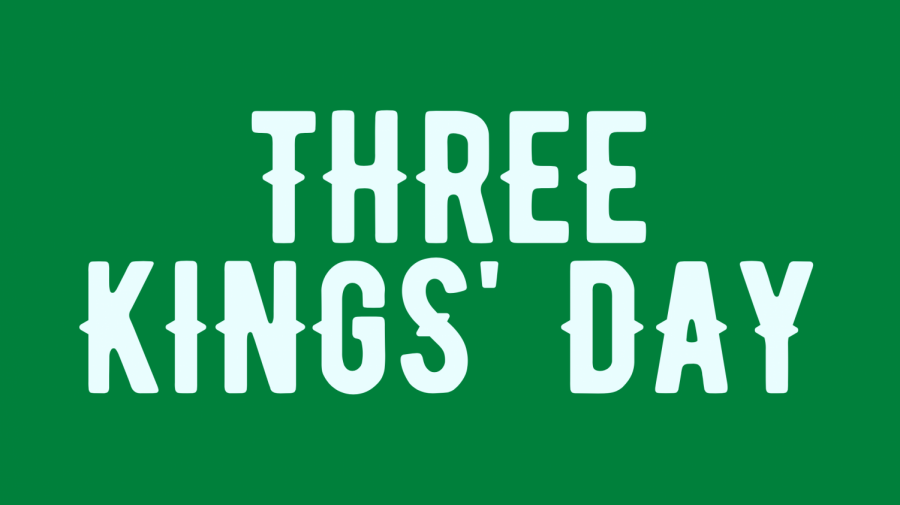 Epiphany is often known in the United States to be a Christian holiday commemorating the Three Kings’ visit to Jesus while is also known as the day that Jesus was baptized. In Hispanic, Latin, and Spanish cultures, el Día de Reyes is a culturally expansive holiday which commemorates these Three Kings/ Wise men: Melchor, Gaspar, and Balthazar.

For Ariana Santiago Ramos (‘22), who has partaken in traditions as a child living in Puerto Rico, remembers this as a popular familial and cultural holiday. Additionally, Ramos remembers in particular, the day-long beach parties in Cabo Rojo, Puerto Rico, celebrating her community’s own Día de Reyes.

Ramos says that in Puerto Rico, it is common for children to leave their shoes outside, or cut grass and put it in shoeboxes so that the Three Kings’ camels will reach their destination and ultimately leave a “trail of grass”, ultimately, leading to their gifts.

Additionally, she says that pre-COVID-19, her family often went to Puerto Rico during this time of year, to also celebrate with her cousins and grandparents. Despite the current circumstances, however, her family is planning to celebrate together: having a zoom, family meal, and exchanging gifts overseas.

Though there is clear unity in celebration throughout Spanish-speaking countries, the food in countries throughout both Central and Latin America, as well as the Caribbean Islands is different.

“Every [culture] eats their own cuisine… for example, my Dominican friends would eat foods like Mangú instead of rice, beans, and pork that [our family] eats, while some of my Mexican friends eat, for example, Tamales de Frijoles”, says Ramos.

Each country tends to eat its traditional/original foods to celebrate while often cooking these dishes for the entire family, and every year, it unifies people both religiously and culturally.

“For me, though Christmas is an [enjoyable time], I feel that I have a deeper connection with Three Kings’ day because it [pertains] to my [own] culture and it seems that it’s more of a get-together rather than just [exchanging] presents”, said Ramos.

To test your knowledge on Three Kings’ Day, we’ll ask you this: