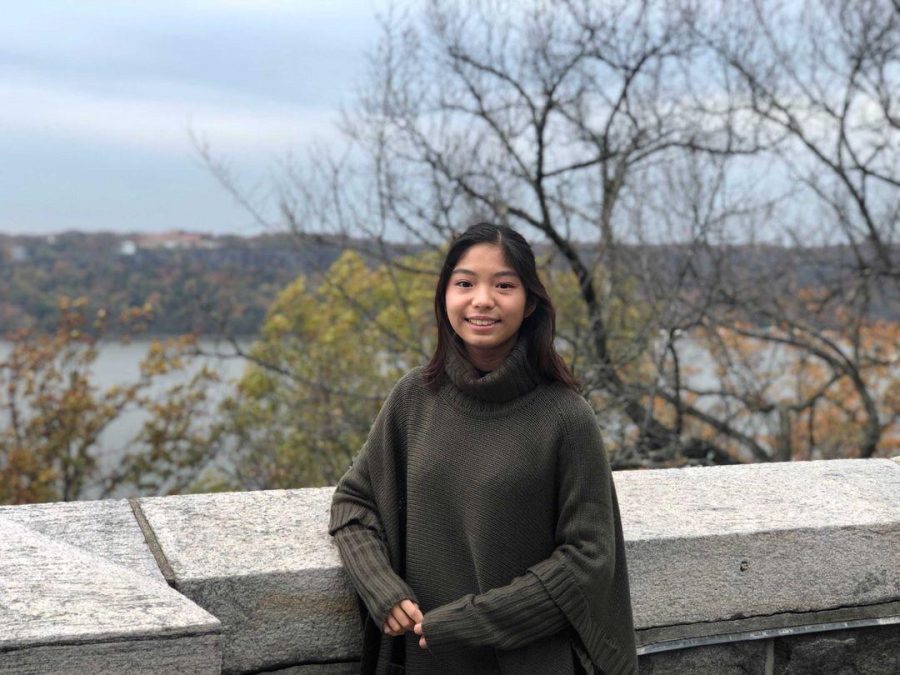 Caitlin Cepeda shares her experiences with COVID and the year 2020.

Following East’s initial shutdown in March, my friends from the class of 2020 were disappointed to say the least. Some of the most highly anticipated events of the year were cancelled, such as prom, senior trip, and most notably for the thespians: our closing weekend of Legally Blonde. After a year without being in our home theater and then the premature conclusion of the school year, many of the graduating students felt like their senior year had been taken away from them.
Entering the 2020-21 school year, the Thespian Board really had no idea what to expect. Since the cancellation of the Spring Musical, One Acts Play and Film Festival, we really hadn’t had any opportunities to perform in almost six months. Both the production staff and the students weren’t exactly sure what we would do, but we knew we needed to put on shows.

Our first project at the beginning of the school year was creating an opportunity for the underclassmen to perform. Crimson Theater has always been an integral production because for the incoming freshmen, it’s their first introduction to East Theater. Getting new students involved is essential for the longevity of the department. Instead of a traditional straight play, we opted for livestreaming a two night cabaret showcasing D-Wing’s up and coming talent. This way, the freshmen and sophomores could collaborate with upperclassmen acting coaches without having to meet in person. I really love that the juniors and seniors get to bond with the younger kids; some of the best friendships come from Crimson Theater. I’m still super close to my acting coach from my freshman year, Allison Donahue, despite the fact that she graduated three years ago. Crimson Theater was very successful both in the quality of the performances and in recruiting new actors. We had lots of new freshmen and sophomores audition for our fall play, Clue, likely because of Crimson.

Clue was a very unique experience. Originally, we had planned on performing Macbeth this fall and everyone was really excited about it. East Drama hadn’t done a Shakespeare piece in five years and this one was going to be big. After the pandemic, plans for Macbeth scaled back further and further until finally, we realized that it wasn’t viable anymore. If we couldn’t do Macbeth justice by giving 110%, then we didn’t want to do it at all. Eventually, Mr. Gambino (or Gamz as we call him) found Clue. It was a radio play, something East had never done before, based on the 1985 film, based on the board game. Essentially, it was perfect for us – a farce meets murder mystery ensemble piece that was right up the senior class’ alley. We were lucky to have great weather this autumn, which allowed us to rehearse outside for the majority of the time. When the weather was bad, we rehearsed over Zoom or Google Meet. However, there was this amazing energy and rhythm we all felt when we were together in person. It’s hard to describe, but if you were to ask any of the cast members, I’m sure they would say the same thing. Rehearsing online just couldn’t compare to the electricity of being together. It was definitely something we had all missed. Again, Clue was very successful and a project we were all proud of.

Going into 2021, we’re looking forward to our spring musical, Little Shop of Horrors. We plan on pre-recording the performance and showing it as a drive in movie. I’m especially excited for Little Shop because it will be one of the first real opportunities this year for our stage crew to get involved. I know I’ve been itching to get back on the stage and start building, so I know the rest of the crew will be ecstatic to have a show to work on. Things are still very much in the works right now and we’ll continue to iron out kinks over the weeks to come, but I think we’re going to have a lot of fun with Little Shop.

I think I speak for the rest of the department in saying East Theater has been extremely fortunate. Not every high school has even had the opportunity to put on any shows at all. Clue was such a unique and fun opportunity for us, especially in a time when we all needed some kind of semblance of normalcy. Little Shop has me very hopeful. With the introduction of vaccines and a possible end in sight, I have a feeling my last mainstage at East will be a good one. At the very least, it’ll be a show to remember. Through everything, East Theater has continued to stick by our motto: Anytime, Anyplace, Anywhere.