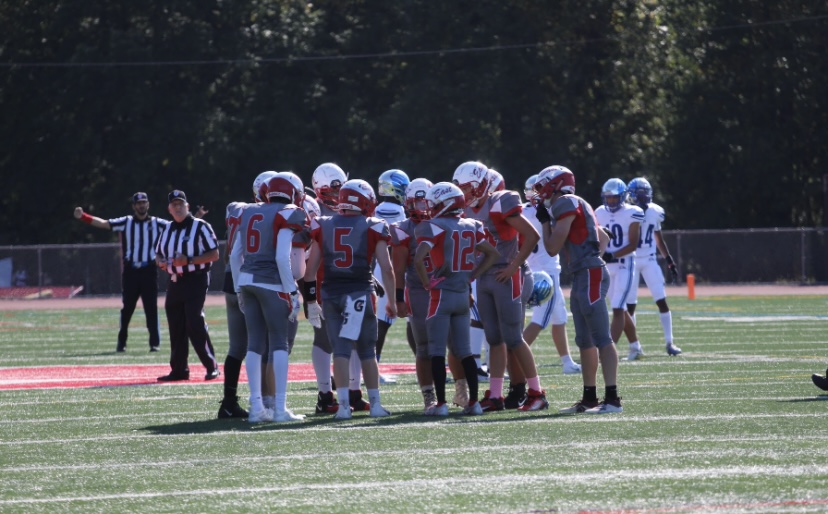 Despite COVID-19, the East football team worked hard to make the season as memorable as it could be.

Although Fall Sports this year were not adorned in East’s popularized “red-outs” or viewed by spectators from all levels, many East sports teams have managed to keep up their spirits and continue to put all their effort and work into owning the fields. The East football team may not have had their best year, but they definitely kept their heads held high despite whatever losses they faced. With their season being cut short due to the global pandemic, East Football ended the season with a record of 1-5.

The team anticipated two extra games at the end of their season but lost that opportunity due to new circumstances. The Cougars’ faced a tough season yet again, but the seniors of the team did not let that stop them from carrying out their last year on the East fields in a way that they were sure to remember for years to come.

“I knew it was going to be my last year so I just wanted to try and be a leader and show some of our younger guys what the right way of doing things was, especially the Juniors who are going to be the new captains next years; I think that they saw that and they know how to act now, being a leader in their own ways,” said Seba Miller (‘21).

With many ups and downs throughout the previous year, finding a positive outlook on their season was exactly the mindset they needed, especially from senior players.

“I feel like [what] I contributed [was] boosting the moral… but I wasn’t the only one. Every starter contributed equal amounts in my opinion,” said Nick Brown (‘21).

Through every tunnel, there is a light at the end of it, and in this case, Jadon Louis (‘21) found that within his final season of highschool football.

“I knew that being a captain on the team gave me responsibility so I had to step up, bring energy to the team, and make big plays.”

The season may not have gone their way, but there were definitely some takeaways. The team played with an entirely new coaching staff and they are in midst of a complete turnaround, with 30 freshman players in the prior season compared to 10 in the past. The future of Cherry Hill East Football is bright; the players and coaches look forward to East’s fortune in the years to come.