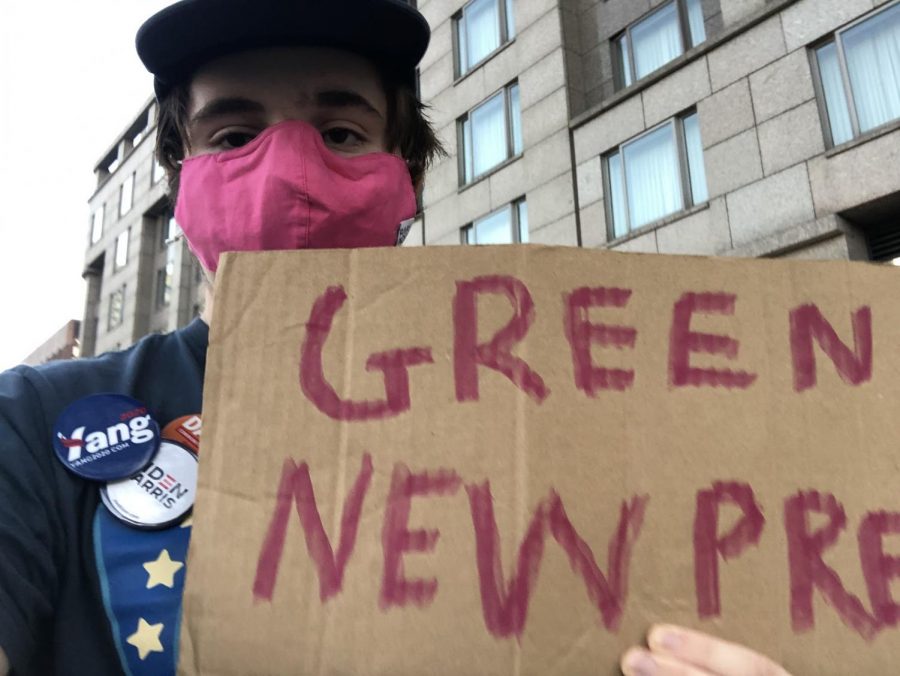 Aiden Rood feels as if COVID has completely changed his life.

The past year has been one of change. Many of our experiences in 2020 have been unlike those of any other year, often in negative ways. Too many lives have been lost. More people than ever have struggled to obtain housing, healthcare, food, and other basic necessities. So much harm was caused, some unavoidable, but much brought about by soulless leaders acting against our best interests.

For me, these aspects of 2020 led to changes in the way I think about the world. I began 2020 interested in politics, with my ideology sitting somewhere on the left of center. I end it knowing that we need major systemic change and a reimagining of the way the government serves people.

This year, topics like universal healthcare and police funding stoked major controversy. A year ago, I probably would have told you that private insurance was worth protecting. I’d have been unsure about the issue of policing. In 2020, however, we’ve seen a pandemic destroy lives economically. From fears of medical bills preventing patients from seeking COVID-19 treatment to immoral evictions of people who cannot work, it’s more clear than ever that universal healthcare and other social and economic government reforms are badly needed. The murders of George Floyd, Breonna Taylor, and others provide further evidence that systemic problems necessitate the dismantling and defunding of current police departments.

The past four years, and 2020 especially, have made very clear that electing a far right authoritarian like Donald Trump cannot occur if we are to ever succeed. However, rejecting Trump and the far-right will not get us nearly far enough. We need progressive change on issues like climate change, policing, healthcare, housing, and more as soon as possible. Really, we needed them years ago and our failure to implement such proposals has caused people to die and suffer.

With all of this in mind, 2020 has been a year in which I evolved in my beliefs significantly, but it’s also been something more. More than ever before, I began to take action this year. I am extremely lucky and privileged to be in the position I am. Working with a number of grassroots and campaigns and organizations, I’ve been able to do my part to make a difference. This year was a terrible one for our world, our country, and our people. We cannot let that tragedy fail to cause change. So when I think about how 2020 has affected me, one of a few big ways I’ve felt its impact is in this call to action. I hope more and more Americans will see the injustices pervasive in our society and recognize the need for positive political change after this year full of negative change.