U.S. holds the Rowing World Championship for the first time in 23 years

For the first time in 23 years, the World Rowing Championships are returning to the United States. This international rowing event, taking place in Sarasota, Florida, is hosting 69 countries from September 23rd-October 1st, 2017. The opening ceremony for the championships (hosting around 10,000 people) occurred on the evening of Saturday, September 23rd, featuring fireworks, vendors, live performances, and even acrobats!

The next morning, racing commenced with Great Britain, finishing first in the Men’s Coxed Pair first heat. During the course of the event, one boat will race multiple times, as the winners trickle down using a bracket-like system into a final race to determine who, out of every country who raced that type of boat, is the ultimate victor.

Coxswains are a vital part of the sport, sitting low in the front of the boat, calling moves, and steering the shell. Evie Bond, a coxswain of Radnor Boys Crew Club, understands the larger-than-life atmosphere that surrounds this competition.

“Sometimes I can understand other coxswains while we’re out there… now with all these international rowers… they can’t understand each other,” said Bond.

She, among many other competitors and spectators, can barely grasp the stupendous impact of the WRC.

“People came from every corner of the globe to [race] here,” said Bond.

David Smith, 31, and Nick Dawe, 30, row for Team USA in the Lightweight Men’s Four. Both have been rowing for about half their lives and graduated from Dartmouth College. Among the intense physical, mental, and emotional training that comes with preparing for the WRC, Smith and Dawe believe the hardest part is being in constant motion.

“You gotta put a bit of your life on hold and kind of move to where the crew is training,” said Dawe.

When asked about their thoughts on the possibility of winning in their event, Dawe said

the crew focuses on one day, one practice at a time.

“It’s hard to think ahead,” Smith added, an understandable thought when racing at such high intensity and under such incredible pressure.

The World Rowing Championships can be compared to the Olympics, but they are held every year with the sole focus of rowing, making it truly the ultimate rowing competition. All participating countries spend the whole year building up to this event, training vigorously their whole lives, both athletically and psychologically. Experiencing this breathtaking event truly shows the impact that rowing, and really all sports, can have on someone’s life. 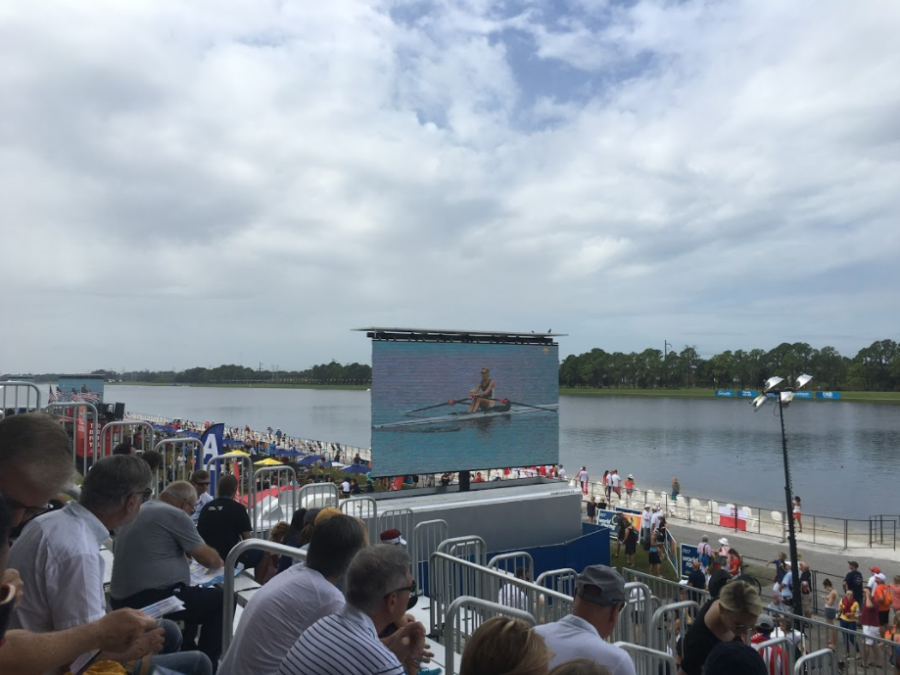