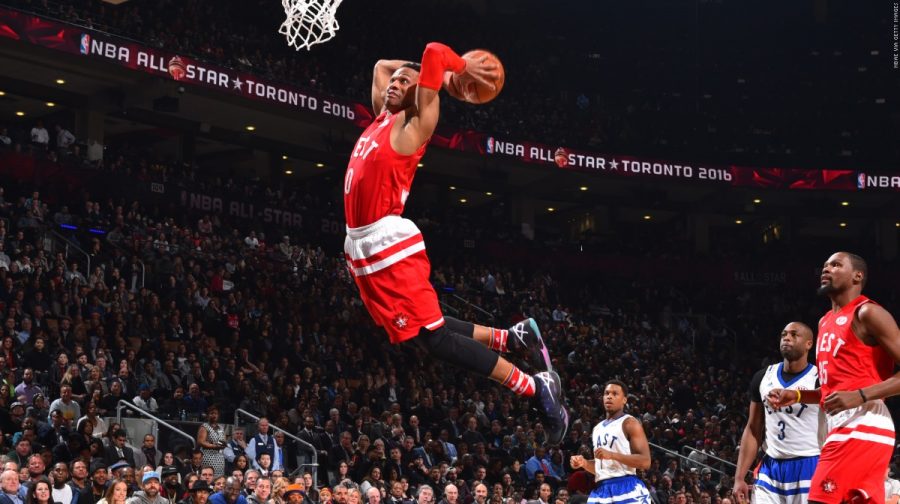 This year's basketball season is just days away from starting.

As the NBA season approaches, we get to look ahead for the most interesting games during this long regular season. The 2016-17 season looks to offer interesting and emotional storylines for fans to get caught up in. With the season being l

LeBron James is looking to show his dominance against his former teammate, DwayneWade. Two top teams led by superstars will make for an interesting and hard fought battle in the East.

Derrick Rose and Joakim Noah will make their returns to the United Center for the first time in their careers not wearing the red and the black. Emotions will be running high in both fans and players that night as the past comes to a standstill with the future.

In this opening day match-up, we get our first look at the revamped Phil Jackson Knicks squad and the raining NBA champions, the Cleveland Cavaliers. We get to watch match-ups like star small forwards Carmelo Anthony vs. LeBron James. We also get an early look at one of our questions for the season: Can Derrick Rose ever return to MVP form?

A young Boston Celtics team led by all-stars Isaiah Thomas and Al Horford will go up against a Pacers team led by superstar Paul George. An early season matchup can give us a glimpse to the post season.

In last year’s season, the Spurs and Warriors were destined to play each other in the Western Conference finals, but were delayed due to a young Oklahoma City Thunder. With the free agency signing of former MVP Kevin Durant, the Warriors are looking to make a statement of the Spurs. We also get to s

ee the new face of the Spurs Franchise, Kawhi Leonard.

A young and talented Minnesota Team lead by two rookies of the year, Karl-Anthony Towns and Andrew Wiggins, will go against a Thunder team lead by superstar Russell Westbrook. We get to watch the so-called “team of the future”, the Timberwolves, go up against one of the best teams in the NBA.

After Kevin Durant left the Thunder for the Warriors, the only possible team to stop the Warriors crusade to the finals is the Clippers. Led by Chris Paul, Blake Griffin, and DeAndre Jordan, the Clippers can give the Warriors a hard time on both ends of the floor. Also, the powerhouse Warriors give the Clippers match-up problems leading to a fight between goliaths in the West.

Miami’s all-time leader in games played will be returning to Miami with his new team, Chicago. Everyone thought Dwayne Wade would stay with the Heat his whole career, but this offseason, he made a shocking decision to go to his hometown. Look for a sold-out crowd paying homage to the 13-year vet.

An early rematch from last year’s finals will make for one of the best games this year. The Cavaliers are heading back to the Bay Area, where they beat the Warriors in a historic Game 7 to win their first championship ever. Stephen Curry will be looking to get revenge on the “King”. This game will bring high stakes and plenty of emotion from both sides.

Sometimes the obvious choice is the right one. The game no fan can miss is Kevin Durant making his return to Oklahoma City. This game isn’t just Russell Westbrook trying to make a statement, but the fans are going to get their share at Durant as well. The Thunder crowd won’t be holding back on him that night. It will go down in sports history, and you cannot miss it.