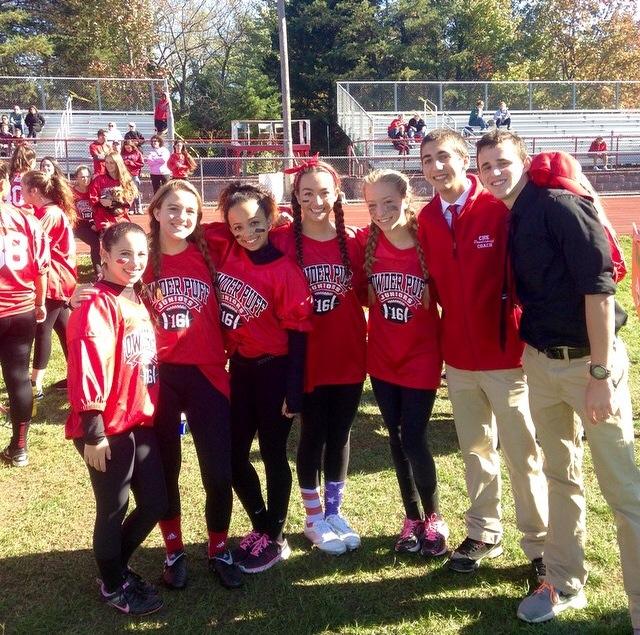 Juniors happily pose for the camera after Powder Puff game.

Under junior possession the seniors were penalized 5 yards. Garemore (’16) scored a touchdown for the juniors and Cetel (’16) hit the extra point but the juniors were still behind.

At halftime the score was 30-22 with the seniors in the lead. Karnado (’15) scored another touchdown for the seniors and the nail-biter turned into a blowout.

“We pulled a lot of flags,” said Allison Carusi (’15) of the senior team. Carusi played safety for the seniors, whose defense was ferocious. They allowed 30 points, but that was enough for the seniors to slip by with a 16 point victory.

Minutes ticked by in the fourth quarter and the juniors started scoring again but their attempted comeback was shut down by the senior’s defense.

The final seconds ticked down and the seniors won the game. The senior team gathered together excited from their victory.

Carusi (‘15) said, “It feels good to win, seniors usually win so we are passing down the tradition.”

The seniors have dominated, and with this year’s win, continue to dominate the Powder Puff game.