The Hawks and Hornets must decide on impactful trades 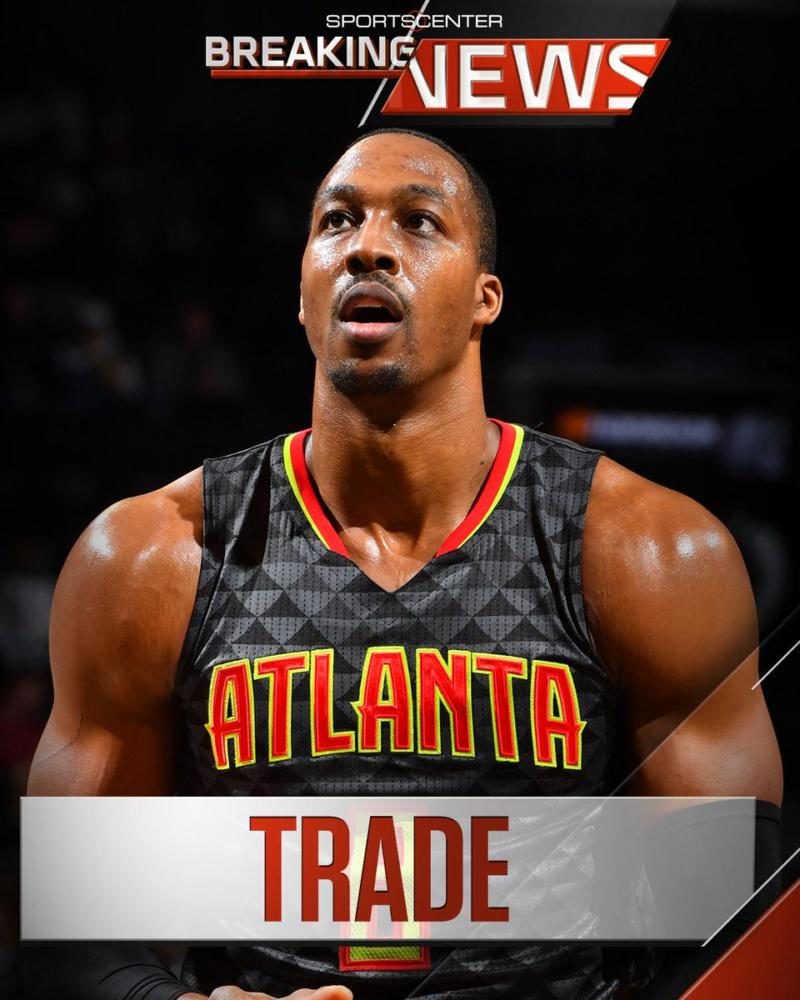 A game-changing trade occurs between the Hawks and the Hornets.

The Atlanta Hawks and Charlotte Hornets have officially made a trade, sending Dwight Howard and the 31st pick to the Hornets, while the Hawks receive the 41st pick, Marco Belinelli, and Miles Plumlee.

For the Hawks, this was all about getting out of Howard’s contract he was given last year to come to Atlanta. This trade could be a big indicator of the Hawks’ future. As a team that is content with just being competitive rather than contending for a championship, Atlanta hasn’t rebuilt in recent memory. This trade- and rumors that they won’t re-sign star Paul Millsap- signal a rebuild coming.

Charlotte, on the other hand, is taking a shot in the dark for a small price. This move pretty much locks in their roster, as they barely have any remaining cap space. Charlotte Head Coach Steve Clifford has a good relationship with Howard dating back to the days when Dwight was the star of the Orlando Magic, and Clifford was an assistant coach.

The Hornets, though, are in the same boat as the Hawks, and have been for a long time- not nearly good enough to be taken seriously, but too good to rebuild through the draft. The last time they got top picks, they took Michael Kidd-Gilchrist second overall, and Cody Zeller fourth overall. Those players have both went on to have careers that are underwhelming to say the least. Their only successful first round pick in recent memory was Kemba Walker. This trade keeps that theme alive, as they won’t be able to tweak their roster much more after taking on Dwight’s big-money deal. With the 11th pick on Thursday, they will likely draft whoever they think best player available is, considering they don’t have any franchise centerpieces set in stone.

This trade will likely also impact who the Hawks take on Thursday with the 17th pick. There is a flurry of centers projected to go in the mid-late first round, such as UCLA’s Ike Anigbogu, Creighton’s Justin Patton, Texas’ Jarrett Allen and North Carolina’s Tony Bradley. It seems likely that Atlanta will take one of those four now that they have a hole in the middle.

While the Hornets will stay in the same tier of teams after this move, the Hawks may be forced to go back to square one, which will be a severe adjustment for a team who in the past has avoided square one at all costs.