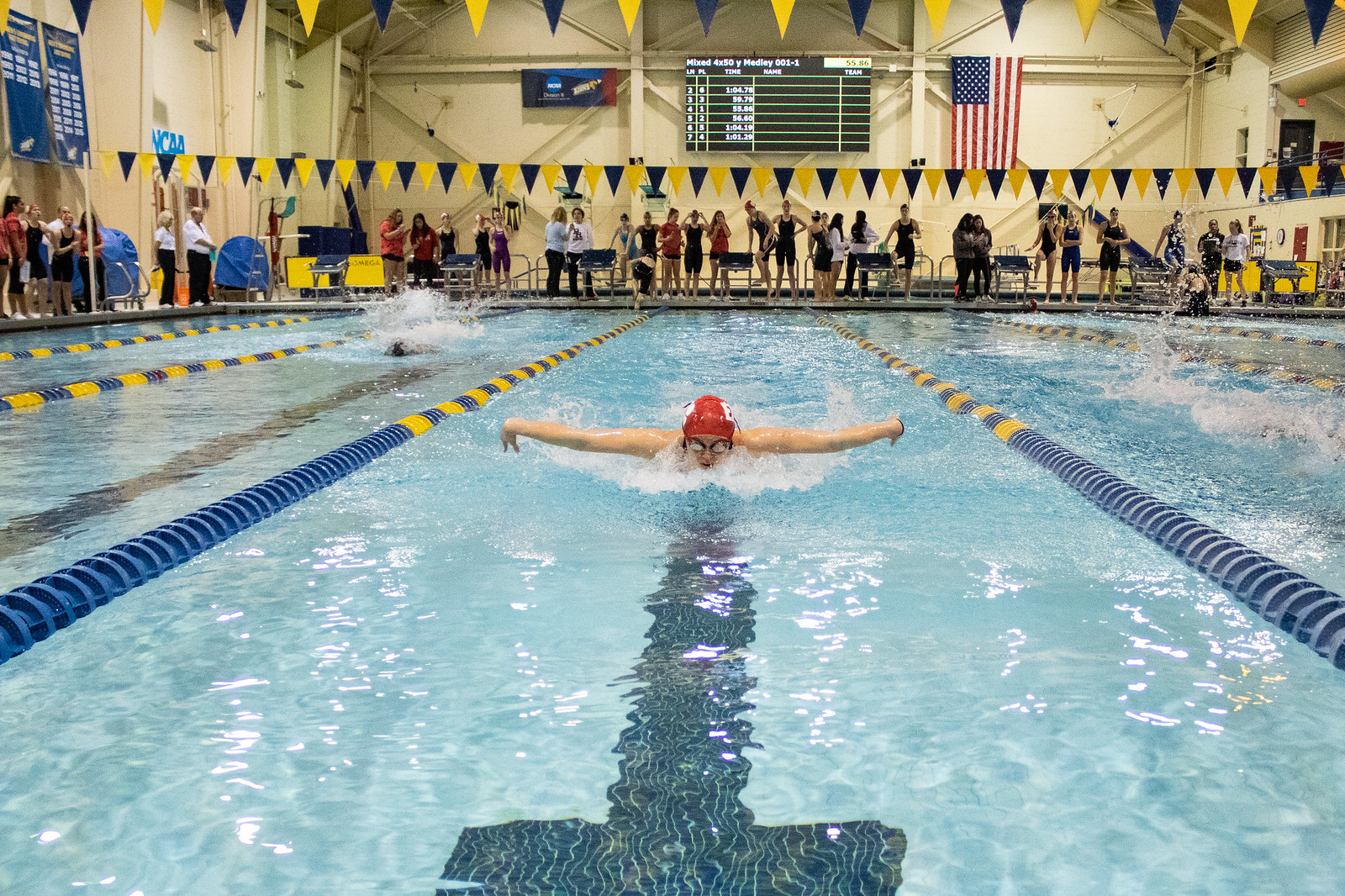 These big cats love the water. Before the first horn was heard signaling the start of the swimming season, the Cougars of the Cherry Hill East Girls’ Swimming team were diving head first into what would ultimately be a great season. Although sports like basketball, soccer or football may garner the spotlight away from swimming, the girls’ swim team was able to paddle their way all the way to states, something very few teams at East can do. The team is comprised of nine enthusiastic freshman, ten sophomores, eleven juniors, and eight seniors. With a total of 38 eager swimmers, most underclassmen, being a little wet behind the ears for these ladies suited them just fine.

In basketball and football there are defenders hoping to prevent the offense from scoring and achieving a victory. In swimming, the opponent is the same for everyone: time. Even if a competitor doesn’t win the race by coming in before his or her opponent, one might still be able to be victorious by beating his or her own time, something referred to as a personal record or PR.

The connection between the coaches and the swimmers was instantaneous and the bond continued to grow throughout the season.

“I honestly can’t think of anything I would have done differently. I feel I have a wonderful report with my swimmers. We do talk during the day about life things and of course swimming especially before a big meet,” said Coach Anita Bowser.

This feeling makes it an even more exciting season for the girls. Despite having four different grades on one team, all the girls seemed to be able to have more than just swimming in common, which allowed the team to become increasingly connected over the course of the 14 meet season.

Although there was such variety in age and experience, the girls adapted quickly and found it easy to rely on each other when competing against teams such as Haddonfield and Moorestown, who were ranked 4th and 5th in the state. Of the 14 meets, the girls won 13 regular season meets but were washed out of the winner’s podium for States.

Grace Yoon (‘20) said, “[We] have one of the most supportive team atmospheres in the state, [and this] played a large role in winning close meets where every swim mattered.”

Coach Bowser and the team couldn’t be too discouraged by the overall short coming at States. The team was able to achieve four broken records, 13 PRs, and there were two new qualifiers.

The Cougars will be losing eight seniors next season, but with a bunch of underclassmen ready to jump into the deep end and make a splash, the future of the girls’ swimming team is bright.

“A coach couldn’t ask for more. I am extremely proud of these girls and I’m looking forward to another great … season. 2020 here we come!” said Coach Bowser.