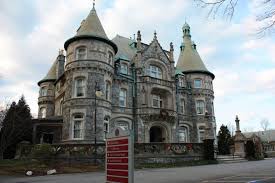 Nick Feldman (‘19) committed to Rosemount College during the summer.

East varsity soccer goalie Nick Feldman (‘19) has committed to Rosemont College to continue playing soccer. He verbally committed over the summer. Feldman chose Rosemont because he has a good friend on the team already in Zach Young. In addition, Rosemount’s assistant coach trains Feldman’s soccer club. They both put in a good word to the Rosemont head coach. He says that Division III is a better fit for him than a bigger school.

“Division I owns you for the entire year, Division III focuses more on the academic aspect of a student athlete,” said Feldman.

Soccer has always been a part of Feldman’s life. He says he has been playing soccer since he was born, as both his father and older brother played soccer. He played in the field and started as goalie when he was twelve.

“I’ve always loved being in [the] net,” Feldman said.

He’s played for East soccer all four years of high school. As a sophomore, Feldman was called up to join the varsity practice squad. Feldman made the varsity team in his junior year.

Feldman said, “Now that I have my choice secured, I don’t have to worry about applying to multiple schools, writing multiple essays, sending my transcript everywhere… and the stress of not knowing where you’re gonna go.”
As far as what he thinks college practices will be, he doesn’t really know. He just assumes there will be goalie training on the side. Feldman is happy to have the next step of his life already figured out.