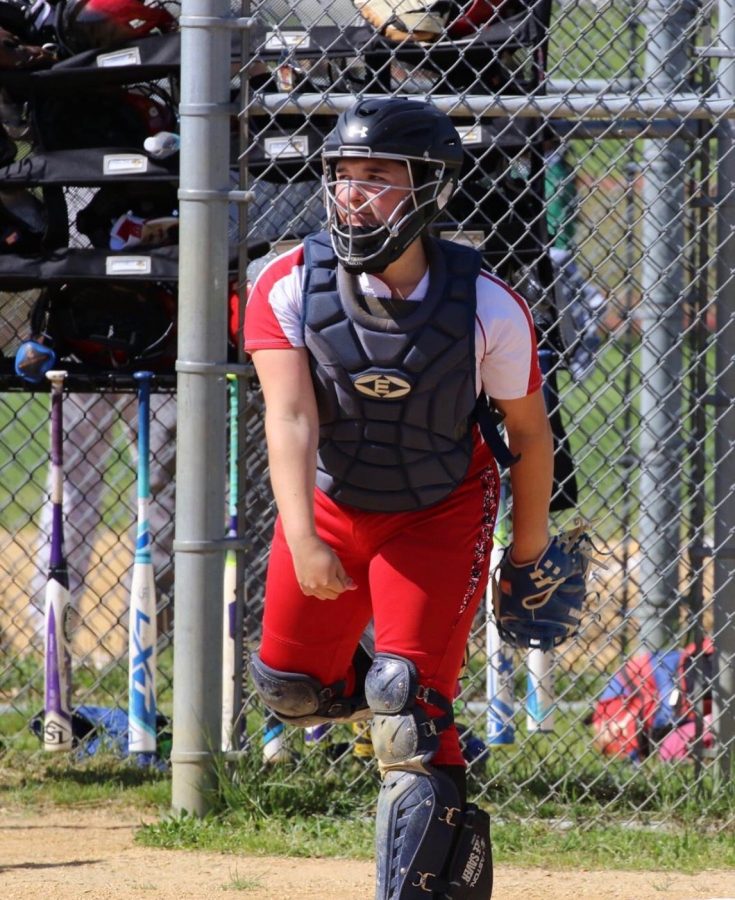 Sheppard ('19) throws the ball in hopes to catch someone stealing second.

Miranda Sheppard (‘19) started playing softball when she was seven. Her love of the game has grown ever since. Sheppard has played varsity and thrived since her freshman year at Cherry Hill East. As a sophomore, she won the most dedicated award and as a junior she won best offensive player. During her junior year she was also named on second team all conference. All these achievements have helped Sheppard receive an offer from Rutgers Newark. Earlier this month, Sheppard committed to Rutgers Newark to play softball.

“I chose Rutgers Newark because I really enjoyed the girls on the team and how the professors interacted with the students,” said Sheppard.

For Sheppard, the recruiting process started in eighth grade. Sheppard made sure to contact college coaches before and after the games and tournaments and to tell them about herself and why she would be a good fit at their school. Sheppard plays softball for the travel team, The Rock.

“The process was very time consuming and difficult. There are a lot of ups and downs with it,” said Sheppard.

Sheppard has played third base and catcher for East. As for the season coming up, Sheppard hopes to have fun, win more and have the team improve altogether.

“I love being able to play for not only the name on the front of my jersey but also my teammates and for my coaches and my family,” Sheppard said.

Sheppard’s indescribable love for the game has helped her through her softball journey. She loves the adrenaline she gets before games and the bonds she has created with her teammates.

“It’s about having fun and enjoying your time with the people you love. Throughout the years there has been many sweat, scars and tears, but that just makes an individual stronger and want to conquer more,” said Sheppard.

Family and friends have been very supportive and helpful, which has shaped Sheppard into the person and athlete she is today.

“Without my parents, siblings, families and coaches support, I would not be where I am today and for the next four years,” said Sheppard.

Next year watch out for Sheppard in the Rutgers Newark red, white and black softball uniform.