Looking Back at Iconic Moments From 2018 MOCs 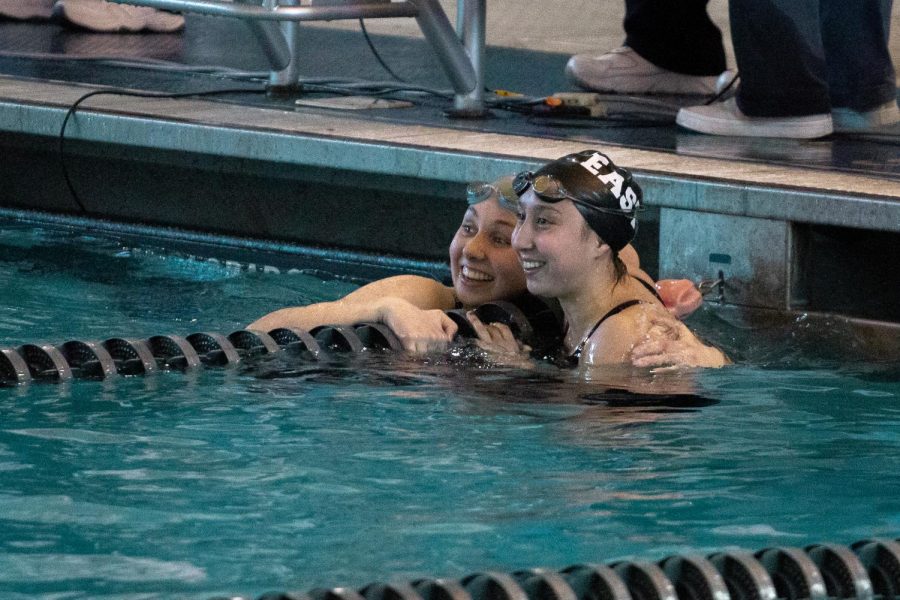 As a sports photographer, while being close to the action is normal to me, it isn’t often that an amazing moment appears right in front of my camera. However, when they do appear, I’m left with a lasting image ingrained in my brain, and on my camera… if I’m lucky. I oftentimes have to remove my emotions from a situation and focus on taking pictures without thinking about the action in front of me. When looking back after a moment is over, I’m left thinking “Wow! How did that just happen??”

Many unbelievable things happened at the 2018 New Jersey Swimming Meet of Champions, a day split between the fastest boys in the state swimming in the morning and the fastest girls swimming at night. Mainland was a team of swimmers that regularly competed at the national level, and had broken national records throughout the season. Destin Lasco (‘20) had swam the 500 freestyle and had come less than a second away from breaking Sean Killion’s (East class of ‘86) state record. The time then came for him to shake off that disappointment and anchor Mainland’s 200 freestyle relay. I knew that he would be anchoring, and what was at stake for Mainland, so I lined up right next to the blocks, waiting to see their reaction at the end of the race. Diving into the pool, Lasco had a comfortable lead over the field, but still sprinted to a blistering 19.99 anchor leg, out-splitting the field by over a full second and breaking the state record.

Then came Grace Yoon’s (‘20) stellar performance. After leading East to a second place finish in the 200 Medley Relay, Yoon stepped on the blocks for the 200 IM, winning the event in dominant fashion, just as she had done all season. Then came the 100 breaststroke, Yoon’s signature event which she had won as a freshman. Even though she had qualified second, I knew she was the favorite for the event, I again lined up close to the finish. Coming into the last turn it looked as if her streak of wins was over, until she lunged to the finish, tying her training partner Nora Woods (‘18) for first place. Both Yoon and Woods rushed to congratulate each other, and fortunately, I was there to capture the emotion of their win.

I was lucky enough to get every single one of these incredible finishes on camera. Capturing these moments carries a value unlike any other, especially as the athletes look to make their mark on higher stages. It is fantastic to know how I’ve been able to capture their first big performances that they can look back on when reaching for their next goal.