Joel Embiid should have made the NBA All-Star Game 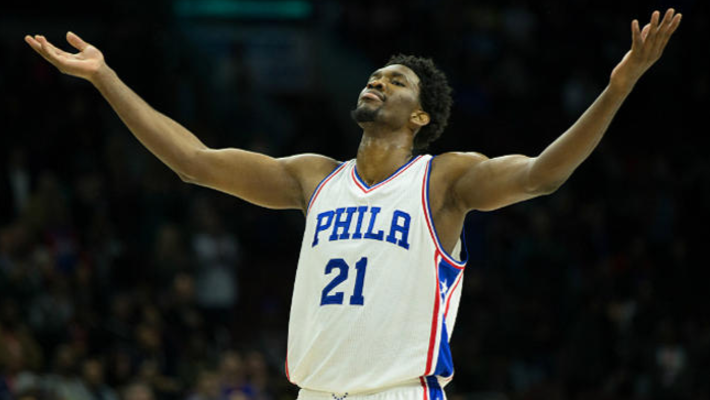 The NBA All-Star Game reserves were announced last week and many are left in shock that Joel Embiid was not a part of the team.

Last week, the NBA All-Star Game reserves were announced, and Philadelphia 76ers fans are still shocked that their star rookie Joel Embiid was left off of the team. This was after he came in third place in fan voting out of all Eastern Conference frontcourt players, which in years past would guarantee him a spot in the starting lineup, but since this year is the first where players and media get votes as well, that was not the case. He had to hope that Eastern Conference coaches voted him in as a reserve, but unfortunately they did not. The problem is that Embiid was easily more deserving of a trip to New Orleans than multiple players who made it.

The argument most used against Embiid was the fact that he has missed over a dozen games, and only plays around 25 minutes per game. But these should be viewed as positives. While getting a few extra days of rest is usually beneficial, that doesn’t apply to someone like Embiid, who before this season had not played a game of basketball in close to three years. He should absolutely be praised for putting up better numbers than a large majority of the league when he is playing 25 minutes per game, not penalized for it.

The player named to the All-Star game over Embiid that has Sixers fans livid is Paul Millsap of the Atlanta Hawks. Although he is not exciting, Millsap has always been a fine player, known for doing all of the little things, and rarely making mistakes. He is a very good player, but Embiid has simply been better than him, evidenced by their stat lines:

As you can see here, these stats are neck-and-neck, although Embiid’s are a little bit better. But here’s the catch: Millsap plays 34.4 minutes per game, compared to just 25.4 for Embiid. So, what happens when you look at their stats per 36 minutes?

These numbers are not even close. Joel Embiid should be in the All-Star Game this February, and the fact that he is not is simply absurd.