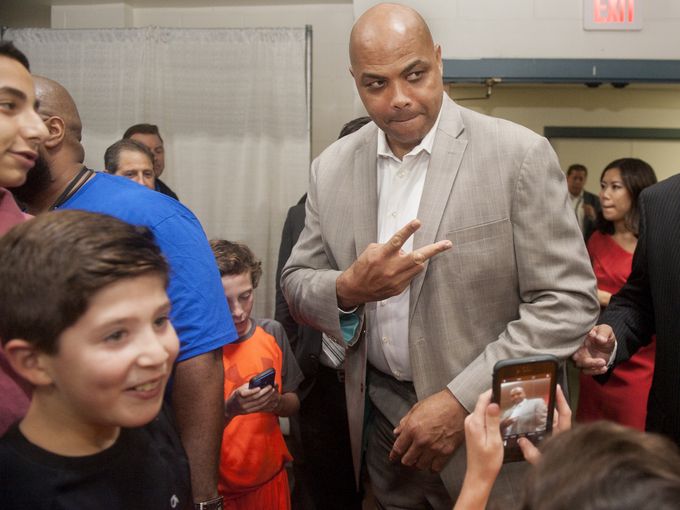 This year’s Katz JCC Sports Award Dinner took place on Monday, September 26, with many familiar faces being honored.  East alums Jake Silpe (‘15) and David Golkow (‘16) were honorees for the Emerging Leadership Award and the David Back Memorial Maccabi Award, respectively. The keynote speaker was NBA Hall of Famer, Charles Barkley.

Each year the event honors people in the area who go out of their way to better the community, and the people around them.  In addition to this annual tradition, a keynote speaker is always brought in.  In recent years the event has hosted LeSean McCoy and Chip Kelly, among others.

The Master of Ceremonies was Philadelphia 76ers’ announcer Mark Zumoff, who also orchestrated the annual auction.  The annual auction features an array of interesting items; in year’s past, a trip to the Super Bowl and The Masters was up for grabs at the auction.  The event also features a silent auction, where a myriad of sports memorabilia, such as signed pictures and equipment, can be found.

Silpe, the winner of this year’s Emerging Leadership Award, made many references to East in his acceptance speech.  He acknowledged basketball coach Dave Allen and the great leadership skills he possesses.  Silpe was more than honored to take home this award.

“It’s very honoring to me.  I love this community, the JCC is a home to me, and I love representing the Jewish people,” said Silpe.

He also thanked the people who have grown up around him.

He said, “I’m very humble.  I grew up with so many great leaders and they really brought the best out of me.  I try to emulate with they do and how they live their lives.”

David Golkow was the honoree of the David Back Memorial Award, which is given to a South Jersey Maccabi athlete who displays strong leadership on and off the field of competition and also maintains a strong sense of Jewish identity.

Golkow referenced the club Athletes Against Bullying many times in his speech, as he was the creator and it has made a huge impact on the East community.

“I believe it’s important for athletes to show good character, on and off the court,” he said in his speech.  “Getting Athletes Against Bullying off the ground was difficult at first, but the support from the community was tremendous.”

This year’s Sports Award Dinner was a huge success, and two special East alums were able to take in the night.