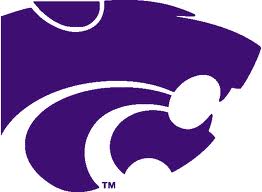 Not as many surprises in week eight, but it was still fun.  Here’s why.

Goodbye West Virginia, Hello Kansas State: And so my love affair with the West Virginia Mountaineers and Geno Smith comes to an end.  I thought that the poor effort (and that’s being nice) against Texas Tech was merely a fluke but it turns out West Virginia isn’t as good as I thought they were.  Geno Smith’s high-powered offense has now been slowed down significantly in two straight weeks scoring only 14 points in each of their last two games both of which were blowout losses.  The 55-14 score in Morgantown Saturday night did away with any thought of the Mountaineers being a BCS team.  That being said Kansas State is no joke.  I wasn’t surprised one bit when they beat Oklahoma in Norman and after that win they started to get some more national attention.  Colin Klein’s Wildcats are far and away the best team in Big 12 and preventing a letdown should be a lock for the BCS and may also sneak their way into some National Championship talk.  They have two games left this year against ranked opponents and both are at home.  We’ll see where they’re at in about six weeks when the Big 12 Championship game is played.  One thing’s for sure I expect them to be playing in that game.

Rest of the top five win…but one scare: Alabama, Oregon, and Florida all took care of business scoring over 40 points.  Oregon had the nationally televised Thursday night game which ended in a 43-21 rout of Arizona State.  Alabama stayed perfect with a 44-13 win against Tennessee, while Florida was easily the biggest surprise of the three winning 44-11 against South Carolina in a game I thought would be highly competitive.  I ripped the computers for the BCS standings in putting Florida ahead of Oregon and I still say Oregon and Alabama are the nation’s top two teams, Florida is right there after this convincing win against a South Carolina team that was coming off a loss to LSU.  Notre Dame was pushed to the brink by BYU but survived 17-14 in South Bend.  Maybe this wasn’t too surprising as they were coming off of a emotional OT win against Stanford but nevertheless got the win against BYU and stayed at five in this week’s poll.

Barkley sets Pac-12 record as USC wins again: In USC’s 50-6 win against Colorado Matt Barkley set the Pac-12 record for most touchdown passes in a college career.  I had USC as my preseason number one and wasn’t giving up after their loss to Stanford.   Currently at ninth in the AP poll they’ll have chances to hand potentially both Oregon and Notre Dame their first losses this season which would work wonders for their BCS chances and with Florida and Alabama on a collision course to faceoff in the SEC championship game the door remains open for USC.

Alabama- I heard a stat that they’ve outscored opponents 90-0 in the first quarter of games this year.  That’s how good they are. That said I expect Mississippi State to give them a test Saturday night.
Oregon- Sorry computers I respectfully disagree.  Oregon is now fourth in the BCS standings but they’re second in my mind.  Colorado comes to Eugene in week nine.
Kansas State- I probably picked the wrong Big 12 quarterback as one of my Heisman finalists.  Geno has slipped and Colin Klein and the Wildcats keep going up.  They host nationally-ranked Texas Tech Saturday.
Florida- You’re probably thinking….shouldn’t their convincing win against South Carolina move them up? Not yet.  Big game against Georgia on Saturday.
Notre Dame- They’ll have to play a lot better in week nine to stay this high as they travel to Oklahoma to play the Sooners.
Oregon State- They’re quietly still undefeated and creeping up the polls.  Maybe they like it when no one talks about them. I guess I better not say much more.  At Washington next, and remember…shhhhhhhh.
LSU- Survived against Texas A&M in College Station and now get to rest up before playing Alabama in week ten.  Maybe the extra week will help them give Alabama all they can handle.  We’ll see.
Oklahoma- Easy win against Kansas and they’ll have a chance to move up even further and get into BCS conversations with a win against Notre Dame.  The Sooners might be the best one-loss team in the country.
USC- I said the Sooners MIGHT be the best one-loss team in the country.  USC is right there and plays Arizona in week nine.
Mississippi State- I mentioned in week six when I had them trending up when they were 5-0 that with their next two games against Tennessee and Middle Tennessee that they could easily be 7-0 heading into a contest with Alabama.  Well here they are.  Now we’ll see if they’re for real or not.

Georgia: After a bye week and a win against Kentucky, coupled with South Carolina losing both their games since beating Georgia, Georgia’s loss to the Gamecocks is becoming a distant memory as Georgia moved to 12th in the AP poll and 10th in the BCS standings this week.  I was hesitant to put them in my top ten because Kentucky is atrocious and it seems like they’ve only moved up the last two weeks because of South Carolina’s losses.  That being said, they’ve moved up and maybe the South Carolina game is a distant memory and they’ll beat Florida Saturday.  I’m not calling the upset but the Bulldogs are in with a chance.  A win gets them back in the top 10 without a doubt and also gives them a shot to go back to the SEC Championship game this year.

West Virginia: See above. I’m too disappointed in them to write about how bad they’ve been the last two weeks again.