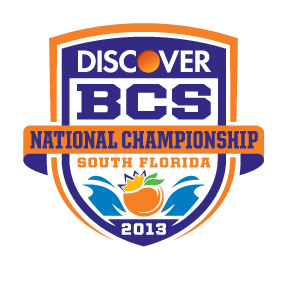 As bowl season comes to a close here’s a brief preview for each of the BCS bowl games with my predictions:

I had high expectations for Wisconsin this season as I put them in my preseason top ten and predicted they would win the Big 10.  Well the part about them winning the Big 10 was right but they were far from a top ten team this year.  Considering their slow start winning by the skin of their teeth against Northern Iowa in week one and then losing to Oregon State in week two bookended by losing their last two regular season Big 10 games to Ohio State and Penn State, Wisconsin was lucky to even make the Big 10 Championship game.  Nevertheless a 70-31 shellacking of Nebraska has Montee Ball and company in the granddaddy of them all.  On the flip side of things Stanford has been the far more consistent team.  After putting the college football world in shock with their week three upset win over USC.  Despite losing the week after to Washington, the Cardinal proved their USC win was far from a fluke the rest of the season. A near victory against Notre Dame would have prevented Notre Dame from playing next week in the National Championship.  Besides those two close loses, Stanford proved themselves to the nation and finished 11-2 after beating UCLA in the Pac 12 Championship, and it’s also worth noting they beat Oregon late in the season to spoil the Ducks hopes of a National Championship.

Prediction: Very impressive performance by Wisconsin against Nebraska to get to this game but their body of work doesn’t feature quite as much as I thought while Stanford surprised me this year by staying afloat after the USC win.  The departure of Bret Bielema for Arkansas could hurt to the Badgers in this game.

Florida State had very high expectations this season and they’re lucky they played in the ACC.  Their only big test in the conference this year was Clemson who the Seminoles were victorious against.  A hiccup against NC State in October did them in for any National Championship aspirations and in their last regular season game they were thoroughly outplayed by in-state rival Florida and had to survive against Georgia Tech in the ACC Championship to even make the BCS.  So while this could have been a better year for Florida State I think they got a favorable opponent as they try and finish strong. As most of you know Northern Illinois is the first school from a non-AQ conference to make a BCS bowl game without going undefeated.  I’m not buying in.  At 12-1 and 8-0 in the MAC I believe Northern Illinois lucked out.  A one-point win against an anemic Army team early in the season, and a seven-point victory late in the season against a Toledo team that looked lost in their bowl this year against Utah State are good indicators of that.  Then they had to go to double overtime against Kent State to win the MAC Championship.  Not to mention their one loss was against a 4-8 Iowa team.  Call me a hater but regardless of the fact that they found ways to win this season, I don’t think they can play with the big boys of the AQ conferences.

Prediction: Florida State comes out and plays their best game of the season inspired by the comments of quarterback Jordan Lynch saying Florida State has seen nothing like his Northern Illinois offense.  That will prove to be detrimental in their hopes for an upset.  Florida State wins 45-14.

Had it not been for T.J. Yeldon, Florida may not be playing in this game and instead they could be the team taking on Notre Dame.  Yeldon took a screen to the house late against LSU saving Alabama from what would have been their first loss of the season.  However the week after when they were on the short end against Texas A&M, the Yeldon touchdown in Baton Rouge became quite significant. While Florida had to settle for the Sugar Bowl they certainly ended their regular season strong with a road win, as previously mentioned, against Florida State.  But they have wins against South Carolina, LSU, and Texas A&M to prove that Florida State wasn’t just a game they got up for because it was an in-state rivalry game.  The Gators showed up every week ready to play and their results would indicate such.  A 17-9 loss against Georgia is the only blemish in the Gators body of work this season and they enter the heavy favorites against the Big East champion Louisville Cardinals.  But don’t count out Teddy Bridgewater’s Cardinals.  For a while Louisville was undefeated and in the top ten of college football polls across the nation.  They hit a bump in the road when they lost to Syracuse and UCONN in back to back weeks but recovered in time to rebound against Rutgers in the Big East winner-take-all game.  You can never count out a playmaker of Bridgewater’s caliber and the Cardinals may be playing with a chip on their shoulders as they seem to be flying under the radar heading into this game because it’s a Big East versus SEC matchup and we all know which of the two conferences is more known for football.

Prediction: Louisville hangs tough and I think their effort will surprise many odds makers who have leaned heavily towards Florida throughout December.  In the end I’ll side with the SEC and take Florida in a nail biter 31-30.

When I saw the list of BCS games this was the one I circled.  In my opinion this year is the biggest example of why the playoff is good for college football.  These two teams were on pace to sneak into the National Championship game after Alabama’s loss to A&M.  However they both slipped up the same week (Kasnas State on the road against Baylor and Oregon at home against Stanford) and now both teams meet in a game of less importance than the one on January 7th.  Both teams are led by stars.  Kansas State quarterback and Heisman finalist Colin Klein will play his last game in the silver and purple while the same is true for Oregon running back Kenjon Barner.  So it shouldn’t be to anyone’s surprise if this is a high-scoring thriller that goes right to the end because both teams can score in bunches and fill the stat sheet with ease.  This should be a lot of fun and sadly because there is no playoff neither Kansas State nor Oregon will get a shot against Notre Dame or Alabama.

Prediction:  Maybe this is a lot like the Stanford-Virginia Tech Orange Bowl in January of 2011.  At the time Jim Harbaugh’s name was popping up in talks regarding NFL head coaching vacancies and Stanford sent him out with a convincing win against Virginia Tech as Harbaugh went on to coach ten San Francisco 49ers.  After seven NFL head coaches were fired Monday, Oregon coach Chip Kelly is being rumored as a hot candidate and as a result this could be his last game on the Oregon sideline.  Why not send him off with a W as well? Oregon 45 Kansas State 42.

On Monday night the wait finally comes to an end.  Will Alabama walk all over the Irish like some people expect them to or will Notre Dame stick in it for sixty minutes and pull the upset? Maybe it’s something in between.  Who knows?  Both teams have strong defenses which is what have gotten them to this point.  But as mentioned earlier T.J. Yeldon’s receiving touchdown in the final two minutes against LSU now looks to be the one play the has Alabama defending its title.  Manti Te’o came up short in the Heisman race but obviously a victory in the National Championship for the Irish would mean a lot more to him as he plays his final against for the Golden Domers.  Whatever happens, let’s just hope it’s worth watching.

Prediction: I tend to think Notre Dame has a shot to win the game.  They’ve had some close victories but they’ve came a long way from the preseason when they were unranked to now one win away from a championship.  Why should the road end here? Unfortunately I still believe Alabama is a little too much for the Fighting Irish.  I’ll try 21-13 Alabama.