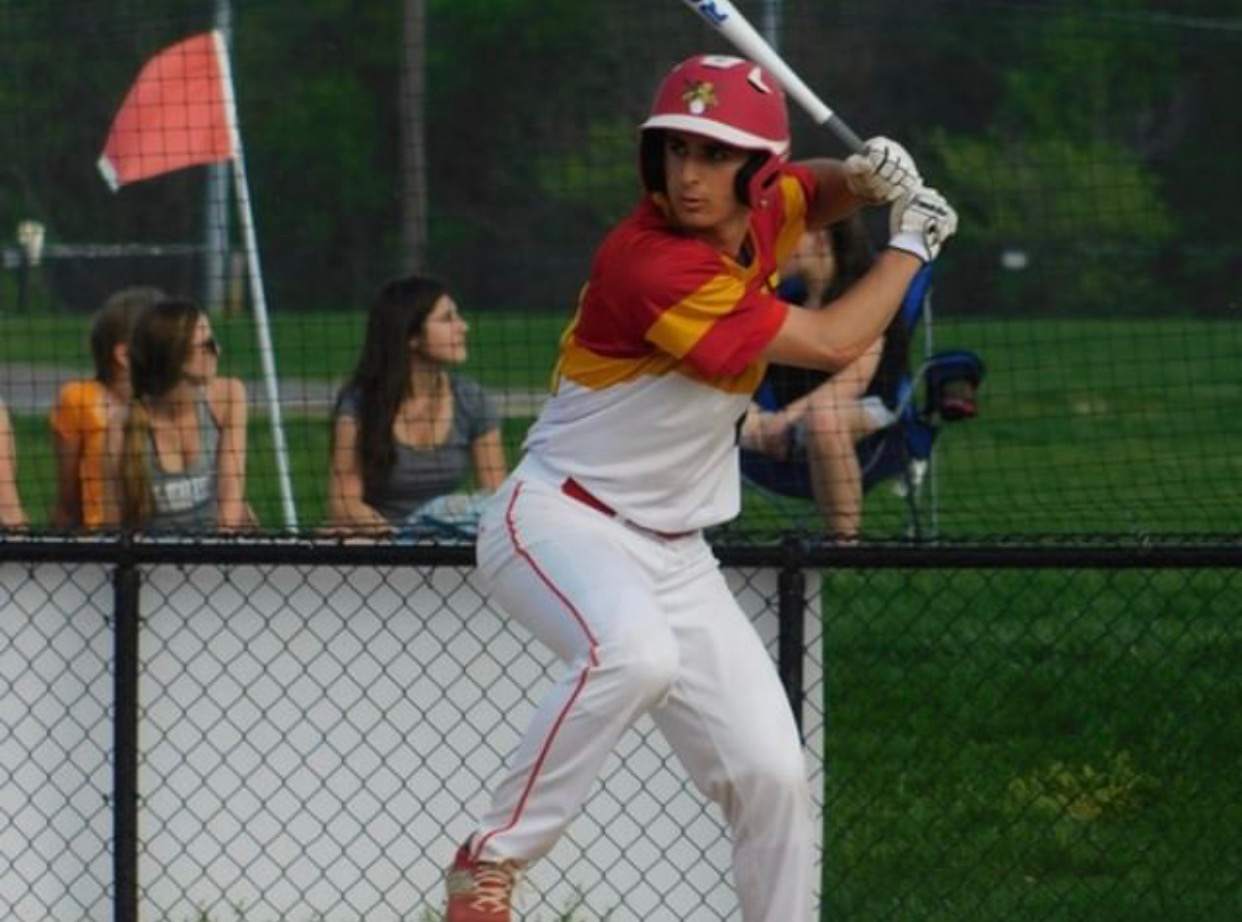 Ellis Schwartz (’19) gets ready to hit the pitch.

Ellis Schwartz (‘19) recently committed to Stony Brook University, a Division I college located in Stony Brook, New York to play baseball. The Cherry Hill East standout has been playing baseball since he was eight years old. Schwartz is the varsity right fielder for East. Schwartz knew from a young age that he loved baseball. His parents had a big impact on his baseball career. His father had experience with the game as well. In the decision process of which college to attend, Schwartz’s parents were supportive through it all. He had offers from the University of Albany and from Stony Brook, but there were many factors that impacted his decision.

Schwartz said, “The academics were important, … It’s an easy drive for my parents to watch me [play], and for me to go back home. The baseball coaches are great and the team is really good.”

Schwartz’s career started at the local Little League, Cherry Hill Atlantic. He had some inspiring coaches which gave him a love for the game. Scott Keesal was his district coach and Steven Meyers was his recreational league coach.

“I’ve had the pleasure of coaching Little League baseball for the past 20 years and Ellis was one of my most talented players… One at bat he’d hit a monster home run and then his next at bat he’d lay down the most perfect bunt for a base hit… I wish Ellis the best in his future endeavors both on the baseball field and academically,” said Keesal.

He had intense training to prepare him for tournaments and other games.

Schwartz said, “I work out two or three times a week lifting weights, I have a scheduled practice twice a week with my travel team [All Out Baseball] and sometimes a tournament over the weekend…I’m doing something baseball related almost every day of the week.”

Schwartz learned a lot from his previous coach, Erik Radbill. Radbill taught the team how to play hard and carry a strong work ethic.

“Radbill was tough on us, taught me the value of hard work and discipline,” Schwartz said.

Schwartz hopes for the same out of the head coach and coaching staff of Stony Brook. He has been in contact with the coaches and says that they are knowledgeable about the game, but most importantly, they are good people. Schwartz’s teammates in Little League ball have been some of the closest, most impactful friends that he has had to this day. Many of these friends have committed to college for baseball too.

Schwartz said, “Six or seven of [my travel teammates] are committed and kids I’ve played with in Little League and travel baseball a couple of years back are committed to a variety of different levels of schools.”

Schwartz plays in travel baseball tournaments almost every weekend and has scouts watching him in almost all of these games. He was lucky enough to get an offer from Stony Brook for a baseball scholarship.

Schwartz was unsure about playing at the collegiate level until he began playing high school ball for East, but he is very excited to develop his baseball skills and his academics at Stony Brook. Make sure to look for Ellis Schwartz this spring on the field for East.