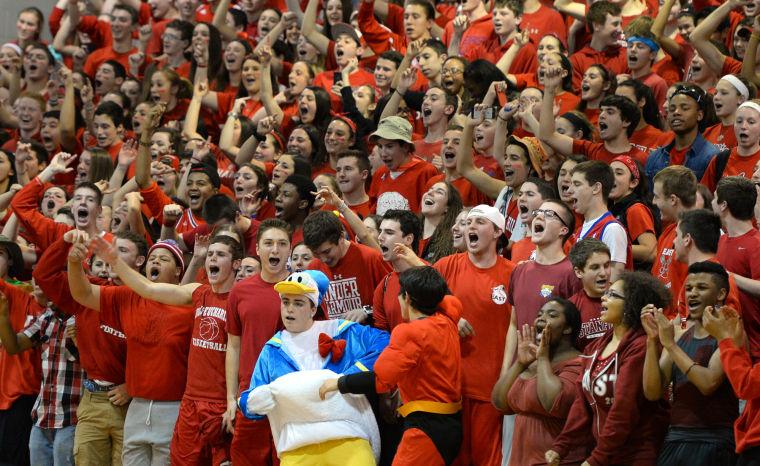 The Cherry Hill East Cougars became 9-2 on the season after taking a shocking and devastating loss to the Eastern Regional Vikings with a final score of 55-47 on Thursday, Jan. 22. The beginning of the first quarter started off with pure momentum after Jake Silpe (’15) scored the first basket of the game with a put-back layup from Olin McClendon’s (’16) rebound.

The Vikings presented durable defense all throughout the game, and caused the Cougars to fight for every point. With four minutes left in the first quarter, Josh Brown (’15) rallied up the team with a mid-ranger jumper. Within a couple minutes ticking down on the clock, Timmy Perry (’16) showed up on defense with a big block. Silpe hit a lay-up before the end of the quarter. The first quarter ended 9-6 Eastern up.

The Cougars launched full power and strength in the beginning of the second quarter. McClendon’s 3-pointer from beyond the arc put the Cougars in the lead by two points. Perry’s prominent shot blocks rose to the occasion by swatting a shot by Eastern, which then awakened the Countrymen. The Viking’s took the lead by one point after a buzzer beater lay-up to end the half.

It was still a neck-and-neck game embarking on the third quarter. McClendon alleviated the pressure of being down by putting back a lay-up for East’s first basket of the quarter. Silpe hit a three evening up the game, making it 28-28. However, Eastern had strong responses to every point made by East as Eastern found no trouble from beyond the arc making back-to-back unanswered threes. At the end of the third quarter East was trailing Eastern 40-34.

The fourth quarter started and East refused to give up. However, the team’s aggressiveness faltered as Eastern did a no shot offense to run down the clock while maintaining a strong lead. Down by ten, East could not find an answer as the clock ran down in the fourth. Silpe fouled out of the game with less than 30 seconds left to cap off East’s loss. After this tough defeat, the Cougars hope to obtain a win against Seneca on Friday, Jan. 23.