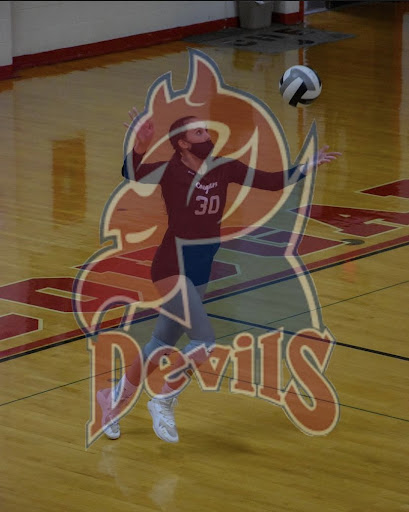 Gabbie Hart (‘22) has committed to Fairleigh Dickinson University for volleyball. Hart’s volleyball career began in her freshman year at Cherry Hill East, “I fell in love with not only volleyball but also the coaches and my teammates.”
Once Hart fell in love with the sport she knew that this is what she wanted in her future. Hart started reaching out to coaches at colleges in her Junior year at East and once they reached back she toured a few schools. She ended up falling in love with Fairleigh Dickinson University. Unlike other students going for an athletic scholarship, Hart took everything into her own hands by not only choosing her school but reaching out to coaches and making the calls.
Next fall she will begin her first semester at Fairleigh Dickinson University. She plans on majoring in journalism or teaching special education but is leaning towards journalism. Hart is excited for her future not only in volleyball but also just attending this school. We look forward to seeing her growth as she takes on these new challenges.