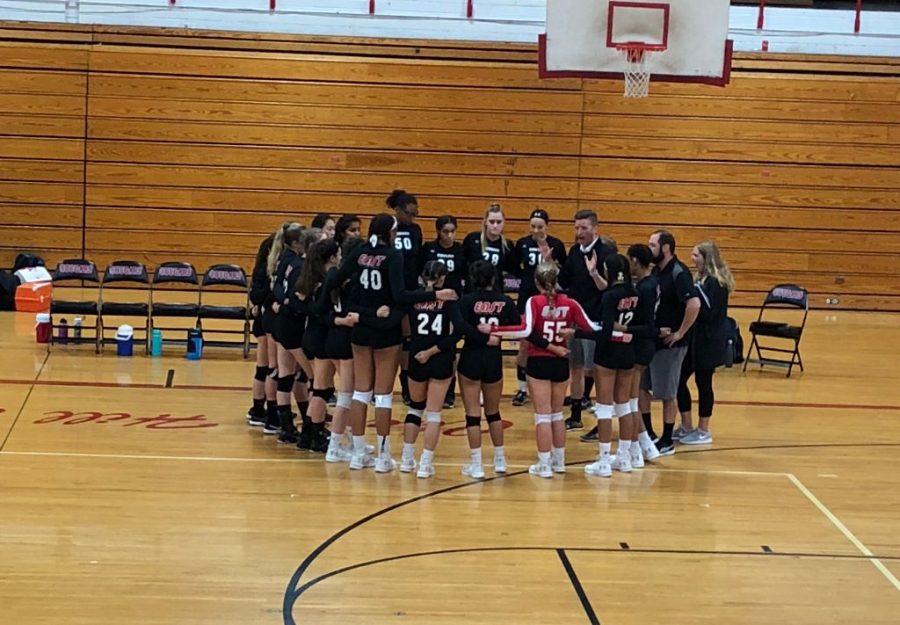 On Monday, October 15, the girls varsity volleyball team lost an intense game against their biggest rival of the season, Washington Township.

With both teams having tied records for first place in their conference this year, this game was set to be a close matchup.

The game got off to an exciting start as both teams were neck and neck scoring points. George Washington University commit Sarah Pintel (‘19) led the cougars with the most amount of kills. Unfortunately, in the very last minutes, Washington Township stole the set, beating the Cougars 25-20.

With the second set on the line, the Cougars came in determined to win and did exactly that. Aayinde Smith (‘20) aided the Cougars with her exceptional blocks. In an amazing comeback, the Cougars led by a stunning twelve points. They were victorious with the score 25-13.

At this point, both teams were tied up at one. With the final winner being determined by the best two out of three sets, the third set was very crucial for both teams. In addition, this game was also a tiebreaker for the conference championship.

In the third set, the adrenaline was up and both teams displayed a very high energy game despite how tired they were. The set began all tied up, but eventually the Cougars fell and the gap in scores increased. The final score was 25-17, leaving the Cougars heartbroken.

Throughout the entire game, the massive Washington Township fan section was roaring. With both students and parents screaming various chants, some Cougars found them to be unsportsmanlike.

Despite their loss, the Cougars hope to bounce back in future games. They play Rancocas Valley at home on October 16 and Clearview on October 17 at Clearview. They also have another conference match against Cherokee on October 18 at Cherokee. Come out and support the Cougars in these upcoming games as they prepare for playoffs.