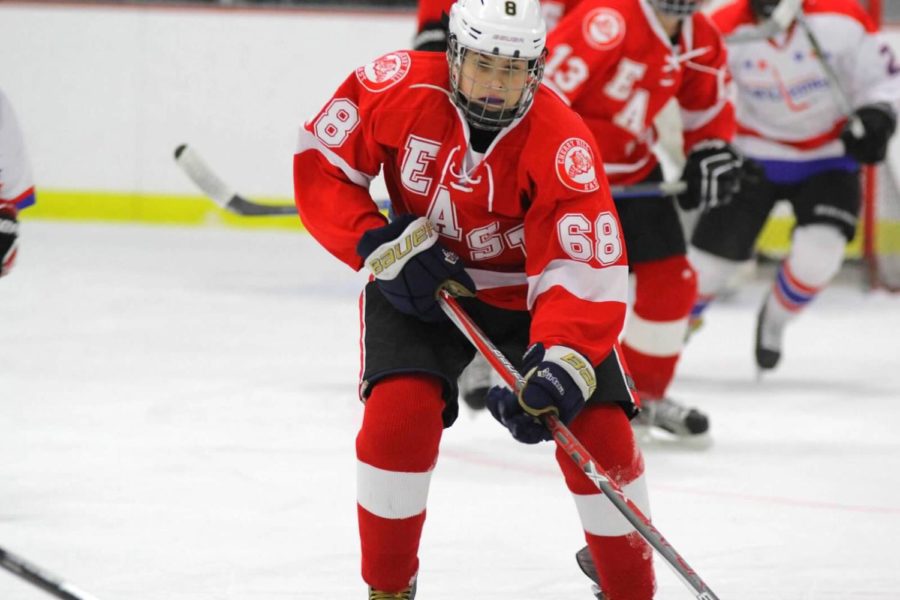 It was a blow out in Voorhees. East absolutely demolished Mainland by a score of 11-1. Just 45 seconds into the game, Sean McKenna (‘19) opened the floodgates with a nifty breakaway move to give East the lead. The goal was assisted by Luke Steele (‘20). Almost three minutes later, Ethan Chase (‘20) made it a 2-0 game with a goal and assists were awarded to Jacob Starr-Costello (‘19) and Steele. Later in the first period, Johnny Pearson Jr. (‘18) extended the lead to three on the power play with an assist coming from Calvin Aliferov(‘20). About two minutes later, Chase scored his second goal of the game with an assist from McKenna to make it a 4-0 game.

Aliferov lead the way with two goals and two assists for a game high four points. Pearson Jr. followed up with three points. Chase, McKenna, Carr,  Amon, Steele, Papa, and Starr-Costello all had two points for the Cougars.  Fisch, Scott, and Hill also had points for East.

The Cougars look to keep their momentum going as they play their next game in Atlantic City on November 13th at 8:40 PM against Middle Township Their next local game is November 20th at 9:00 PM vs. St. Joe’s at the Voorhees Phantoms rink.