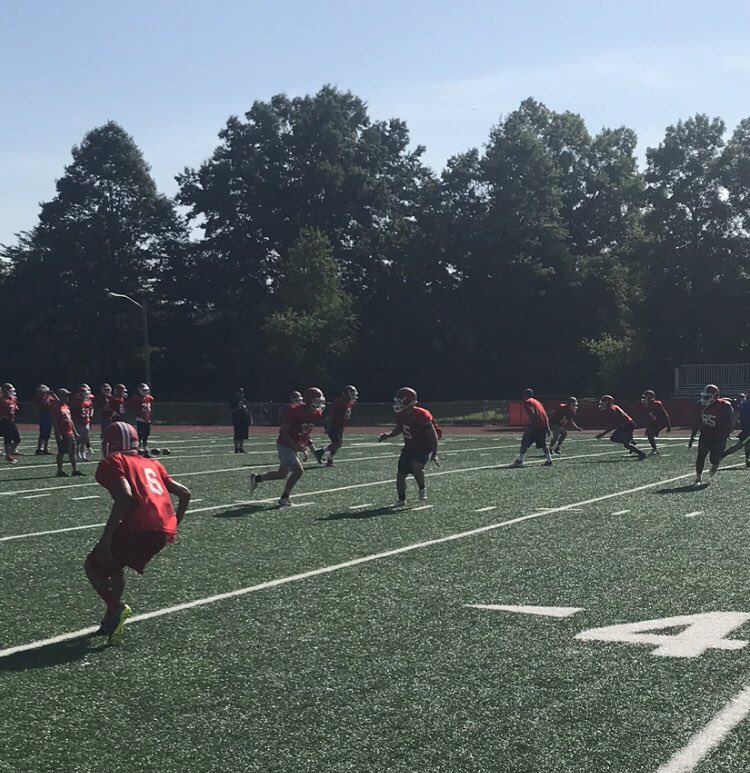 Cherry Hill East football is once again coming off of a losing season, but every September brings a clean slate. Season after season the team seems to look out of shape or not excited about the game at all, but this season appears different. This year, with a strong group of seniors eager to set a new reputation for this new-look team, the Cougars hope to change the bad connotation their team name has carried over the past couple of seasons.

After going winless last season, East decided it was time to change its football coaching situation. Coach Tom Coen chose to step down from his role as head coach after the 2017 season, leading to Eastern Regional High School alum Andrew Daley to be selected as the next East head coach.

“Our new coach is great. A great motivator, competitor, and he is very smart in his game plans and his coaching. The team actually buys into his system, and it makes everything better,” said Isaac Jean-Baptiste (‘19).

Roberto Sul (‘19) said, “Under our new coach the team has never been more of a unit. His passion and dedication gives us hope and helps boost our confidence.”

One of the players’ biggest goals for the season is to change the losing culture the team has been all too familiar with over the past couple of seasons. They believe that they can change the way the Cherry Hill community looks at them, and they hope the school will soon realize that they are now a new team.

“We want to win. Plain and simple. The new team is great. We look so much better. The sudden boost of confidence is because we trust the process. We’re coming off two good scrimmages,” said Dante Gazzola (‘19)

Roberto Sol (‘19) said, “We are striving to change the culture of football at East and the attitudes of the community. We are trying to earn the support of the school and of course, win a few games on the way.”

East beat Bishop Eustace 14-7 this summer in its first team scrimmage  and defeated Gloucester City 21-7 in their most recent victory. The team hopes that they can fill the bleachers with screaming fans with their newfound success and a new mindset.

Nick Gazzola (‘19) said, “Our goals are we want to win and show everyone the work we have been putting in and have the school’s support for the team, like a crowd at games.”

East opens its season with a game against Triton at Triton High School on September 7.