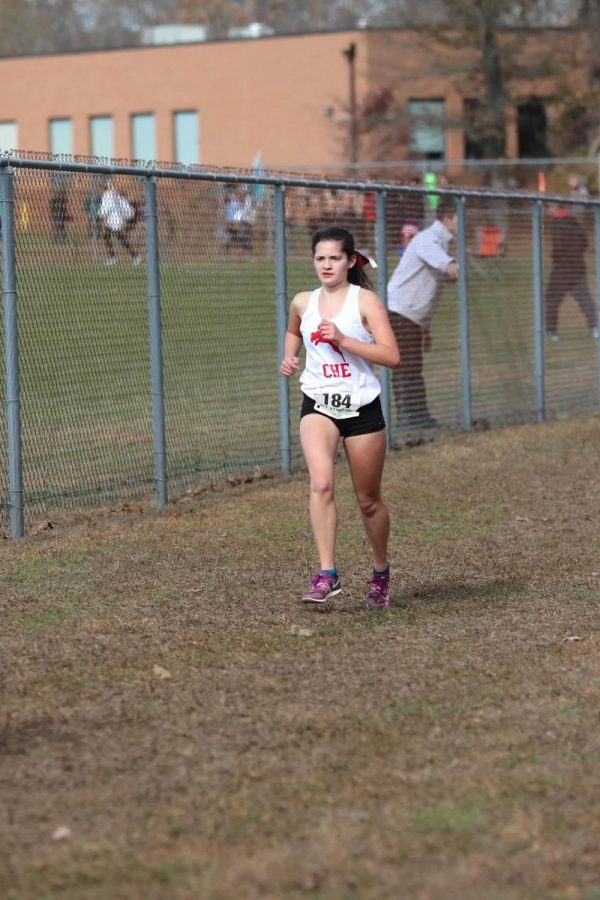 On January 21, 2020, Aliza Kotzen (‘20) officially signed her contracts to be committed to the United States Coast Guard Academy. The academy accepted Kotzen on December 20 and she officially committed on January 7, after she received medical clearance.

When applying for colleges, there are numerous factors that play a role in the decision-making process, but Kotzen has wanted to serve her country from a young age, so committing to a service academy was a dream come true.

Kotzen said, “As I was growing up, I just felt so inspired by female figures in the military, especially those who paved monumental paths — like Megan Leavey of the United States Marine Corps. I just wanted to be like that, I wanted to make a difference and a change like that, and give back to the country that has given me such a blessed and amazing life.”

Before Kotzen made her commitment official, she visited the academy three times. For two out of the three times, she went for recruiting visits for running, and she said, “I just fell in love with the people, atmosphere, opportunities, coaches, and staff. I really couldn’t see myself anywhere else.”

The process of Kotzen’s appointment was also a unique experience because it is a service academy. The United States Coast Guard Academy in particular is also different from other service academies because there is no congressional nomination required to go to the Coast Guard Academy. However, the application is still long, and in Kotzen’s case, it took her three months to complete it. The Department of Defense Medical Examination Review Board (DODMERB) also approves certain doctors that the applicants can go to, and the doctors will decide will whether to clear the applicant or not. This is in order to obtain medical qualifications, and for Kotzen, she even had to fax the DODMERB a sheet telling them that she got her braces off. The applicant must also fulfill the physical qualifications, and Kotzen did this by taking a “candidate fitness evaluation” which included push-ups, sit-ups, and running. Finally, the Candidate Evaluation Board must determine whether the applicant is academically qualified for the college. After these three main qualifications are met, the applicant will be issued an appointment. One of the Lieutenant Directors of admission actually called Kotzen personally, which made Kotzen extremely excited and jubilant.

Kotzen eventually chose the academy over her other other college options, the Citadel Massachusetts Maritime Academy, Widener, The University of Hartford, and Millersville. All of her options gave her the chance to continue running in college.

Aliza Kotzen also runs for the Cherry Hill East Girls Track and Cross Country teams and she will further her running career at the academy. After she started running in her sophomore year of high school, she became team captain and made the varsity team in her senior year.

Mr Maniscalco, an English teacher at East as well as the Girls Track and Cross Country coach, mentioned how “her success in cross country and track definitely helped to get her noticed by the academy.”

Kotzen finally committed to the academy with an athletic scholarship, and her coach, Mr. Maniscalco said, “She did everything, she got the grades, she ran the times. She is so motivated and self-sufficient.” He praises her Kotzen’s work ethic and leadership skills, which he believes will benefit her at the academy. Also, Mr. Maniscalso describes her as a hard worker who sets goals and achieves them and who creates a welcoming environment for her team.

After meeting with the coaches and members of her future running team, Kotzen feels elated to be a part of the United States Coast Guard Academy Class of 2024.