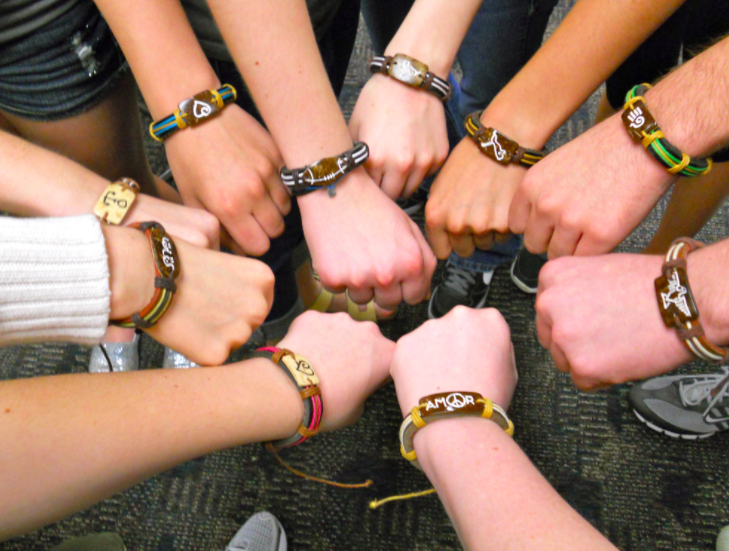 Courtesy of The Odyssey Online

In the Cherry Hill community where most people are privileged, it becomes second nature to take these privileges for granted.  At Cherry Hill High School East, the Interact club recognizes problems around the world that ordinary students wouldn’t. They then take action in order to assist communities that aren’t as fortunate as ours.

The club has recently taken on a new project: Yuda Bands. The name “Yuda” comes from the spanish word “ayudar” meaning to help, which is exactly what the bracelets do. Yuda Bands are bracelets made from recycled leather and coconut which help raise money for the education of students in third world countries while offering jobs for people to make them. Within the organization, schools choose a student they wish to fund then sell the Yuda Bands according to the amount of money needed to be raised.

The Interact club chose Respina Mada from Zimbabwe in hopes to sell at least 211 bands to fund her senior year of high school.

“We tried to choose a student who’s most relatable to us”, active member of the club Maggie Dippner (‘18) said.

Respina is a teenager who is taking charge of her future; after her last year of high school, Mada hopes to become an accountant as well as help out in her community. She also enjoys playing netball and sports, noted in her Yuda Band profile.

East contains a diverse population of students who possess similar attributes as Mada. With the help of this community a passionate, driven student will be able to finish high school and pursue a career. Yuda Bands are being sold until Multicultural Day on April 7 for seven dollars.