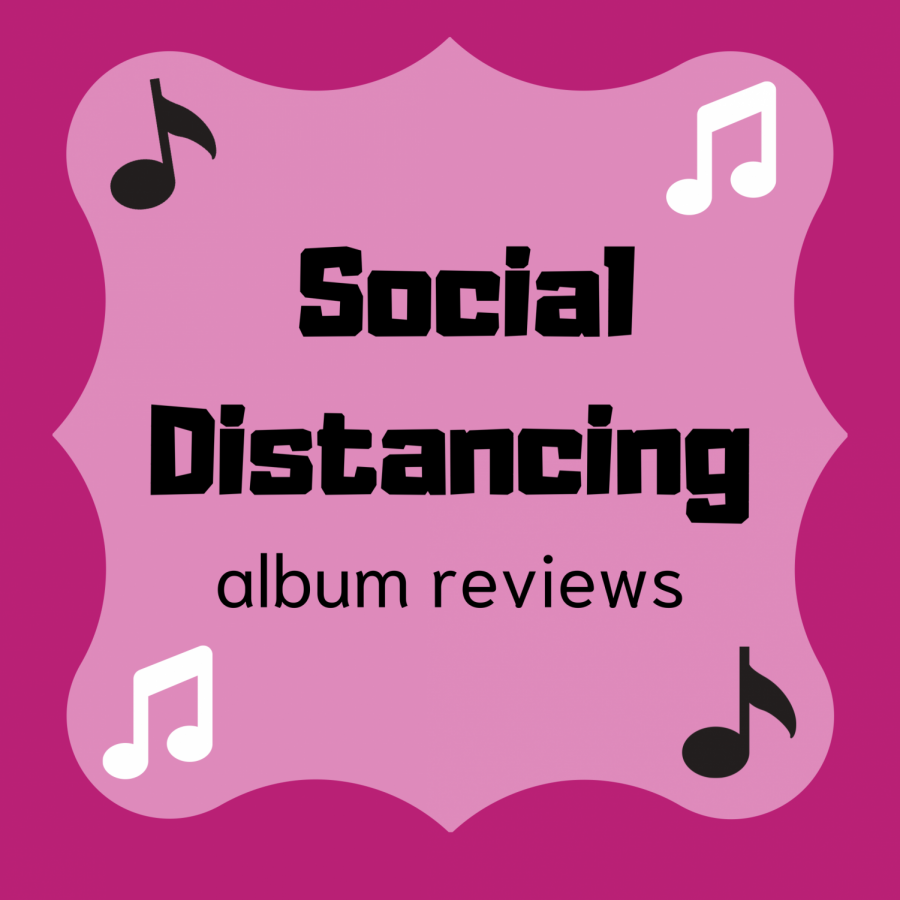 There have been loads of posts, stories, vidoes, and other publications reporting ways to help stay sane during social distancing, but I decided to follow one of my true passions: music discovery. I figured if I happen to lose myself during these weeks I’d rather be lost in a sea of good music. That being said, through the first week of school closure I have listened to 6 albums (one for each day of the school week, plus saturday because I found one album I just had to review) and I will review each album I listened to. Just a side note, I chose these albums because I had already liked one or two songs from each album because otherwise this would have been a waste of time.

Monday: Melophobia by Cage the Elephant score: 9/10
One of my favorite things about an album is it’s name. Melophobia, is a fear of music which is something I didn’t know until I saw this album. I feel this name is fitting as these songs were all very new and different and I think some people may have been shocked by this album, but I absolutely loved it. In this case, I had already been a fan of a few Cage the elephant songs, specifically from this album “Come a Little Closer” and “Cigarette daydreams”. However, after listening to the entire album, I have added three new songs to my playlist, those being “Halo” (also my overall favorite), “Telescope”, “Black Widow”, and “Spiderhead”. Notably, there weren’t any songs on this album that I wouldn’t listen to again which is a rarity for me. But most importantly, I just feel cool when listening to this album which is a definite win in my book.

Tuesday: Favourite Worst Nightmare by Arctic Monkeys score: 8/10
The first Arctic Monkeys song I heard was “Fluorescent Adolescent” last year and it has appeared on nearly all of my playlists since then. Also prior to listening to this album, I had been a fan of the song “505”. As I listened to this album I tapped into a part of my music taste I hadn’t really delved in before which opened my eyes to a plethora of new music endeavors. While I am not sure the technical term for their music, I would consider it alternative/indie rock. After dissecting this album, I chose my favorite songs to incorporate into my day-to-day song selection. These songs are “Balaclava”, “The only ones who know” and “Brainstorm”. However, I did like the background music and overall feel of all of the songs, but lyrics are critical to me when deciding if a song is a keeper or not. Speaking of lyrics, I have recently gotten into the habit of looking up the deeper meaning behind my favorite songs, including the ones on this album and may I say that Arctic Monkeys have a knack for creating a surface level of their music but once its taken apart, the whole message of the songs transforms into something incredibly meaningful. While not every song needs analysis to understand, for example “Fluorescent Adolescent”. However, songs like “Balaclava” required more careful examination to understand what Alex Turner, the lead singer of Arctic Monkeys, meant while writing it.

Wednesday: An Amazing Wave by Alt-J (∆) score: 9.5/10
Similar to Arctic Monkeys, I had been a fan of Alt-J’s “Breezeblocks” for about a year and “Ms” for a few months. The factor that makes this album stand out from the rest was that it told a story. The album utilizes interludes, pieces of music inserted frequently to break up the larger composition, which help to create a sense of the album being one long song. Multiple times while listening to this album I struggled to tell where one song started and one ended which was a fun touch that I never realized I would like. Another component I thoroughly enjoyed was how the songs were both soothing and upbeat simultaneously. My takeaways from this album are: “Tessellate”, “Something Good”, “Taro”, “Matilda” and “Fitzpleasure”. As I said previously, lyrics are a crucial part in my process of deciding whether or not I like a song. However, An Amazing Wave helped me realize good use of instruments and studio production can be just as breathtaking which is why it received such a high rating. Lastly, “Tessellate”m was a song I wanted to look more deeply at and upon investigation, the story it told was a bit different than i had initially believed and the tempo and tone of the song match perfectly with the tale it’s telling.

Thursday: Hot Fuss by The Killers score: 3/10
I can’t pinpoint the first time I heard “Mr. Brightside” but, it was last summer when my friend introduced me to ”Somebody Told Me”. While both these songs took a brief intermission from my daily mix, they recently resurfaced so I figured: why not give Hot Fuss a shot? After listening to the album two times through, I came to the conclusion that I just wasn’t a fan. One song however, “Jenny is a Friend of Mine” was decent, just not something I see myself listening to regularly. Personally, I find it easier to find reasons why I like an album or song as opposed to why I don’t like it. Nevertheless, I suppose I should give some explanation as to why I disliked the album. Maybe it was because the songs just didn’t spark something in me or because I simply found them a bit blah, but whatever the reason is, Hot Fuss just wasn’t for me other than the songs I had liked prior.

Friday: Nevermind by Nirvana score 9.5/10
Growing up I knew of Nirvana and I recall seeing the Nevermind album cover in my music library on my Ipod, but I never listened to it until a few months ago. Soon after, I heard “Lithium” for the first time and instantly added it to my playlist. While Nirvana’s rock music differs from my usual taste, listening to Nevermind helped me realize maybe rock is my taste after all. Here are all the songs I liked: “In Bloom”, “Come As You Are”, “Polly”, “Drain You”, “Lounge Act”, “On a Plain”, “Something in the Way” and “Stay Away”. I think they did a great job of incorporating more intense songs like “Stay Away” as well as some soft songs like “Polly”. Kurt Cobain’s voice is so versatile which is why both hard and soft rock songs work. But in my opinion, the best songs are those that feature both intensities. While none of the lyrics necessarily “spoke” to me, it was something about this album that made it so high up on my list for albums for this week.

Saturday: AM by the Arctic Monkeys score: 10/10
After enjoying Favourite worst Nightmare I took a glance at Arctic Monkeys’s most popular songs, the first being “Do I Wanna Know?”. After giving it a listen and completely loving it, I decided why not listen to the whole album? Easily the best decision I made this week hands down. I have never found an album where I have liked each song enough to add to my daily shuffle of songs, but AM gave me that. As I mentioned before, Arctic Monkeys use lyrics that hold substance and tell a story in each of their songs which still continues to amaze me. However, unlike other artists who may sing about the same thing from album to album, Arctic Monkeys always keep it fresh and interesting. Though I liked every song, I do have some favorites and those are: “Do I Wanna Know?”, “R U Mine?”, “Why Do You Only Call Me When You’re High?”, “Snap Out of It”, “Arabella” and “I Want it All”. Similar to Favourite Worst Nightmare, AM had both hard rock songs and softer, more mellow songs as well. The last of my praises of this album is the fact that similar to Melophobia I feel cool when listening to AM which is definitely something I look for when making my daily selection.

I am ecstatic at the fact that I found at least 24 new songs that I plan on incorporating into my daily mix. Another win I had through this experience is that I now have 4 new artists that I can’t wait to listen to more. I hope to continue my hobby of music discovery through my social distancing and beyond.