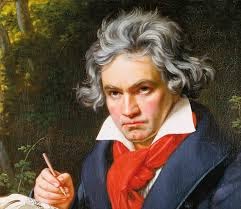 2020 is a very special year: it is the 250th anniversary of the great classical German composer and pianist Ludwig van Beethoven’s birth. This remarkable musician left the greatest legacy on classical music in its entirety throughout his lifetime. Beethoven has impacted the realm of classical music, and his music played a major role in my personal life.

Everyone has heard Beethoven’s music countless times, whether they are aware of it or not. His music is so widely recognized that we hear it in classical concerts and performances, movies, background music in cafes, TikToks, and even trucks in Asia when they’re backing up!

For a brief background, Beethoven was born in Bonn, Germany in 1770, where he grew up with his abusive father who violently forced him to play music from a very young age. He became known as a child prodigy for piano at merely age 7, and he then started composing his own pieces from age 8. Since then, Beethoven composed hundreds of pieces in his lifetime, each one being absolutely wondrous and unique to listen to, despite him starting to lose his hearing by around age 27 and becoming close to completely deaf in his later days. By the time of his death in 1827 in Vienna, Austria, Beethoven had left an immense legacy as one of the greatest and most influential composers of all time, which continues today. He made a monumental change in the styles of music, marking the transition from traditional classical-style pieces to a whole new romantic era of music during which his contemporaries would look up to him and try to follow in his footsteps.

My first personal encounter with Beethoven was when I was in the womb. My mom apparently played classical music for me since I was first introduced into the world. Growing up, I listened to hundreds of recordings from various classical composers; I still remember that my number one favorite back then was Beethoven’s music. By that point, I started taking piano lessons for a couple years and my teacher finally gave me my dream piece at the time: Fur Elise. After months of joyful practice, I won my first piano competition at age 8 with that piece. It was my first ever Beethoven project, which was a huge moment in my young piano career. From then on, even though his music is notably difficult to play, Beethoven has been my close companion as one of my favorite composers.

Ever since I started competitive piano studies, I have always had a piece by Beethoven that I am prepared to play. For example, many Beethoven Sonatas, Chamber Trios, and his iconic Piano Concerto No.3, among many others. One aspect they all share is that I absolutely loved playing all of them, which is not common with studying piano repertoire. Feeling all of Beethoven’s happiness, anger, energy, frustration, and his impulsive emotions reflected by his music is truly an indescribable experience. Personally, Beethoven has been my constant teacher. He always motivates me, challenges me technically and musically, and also helps me to develop my own musical emotions and interpretations.