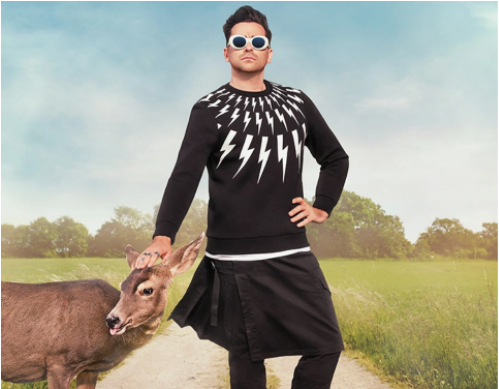 Pride Month may have just ended yesterday, but television shows featuring LGBTQIA+ characters are as popular as ever across multiple media platforms, and in response to this popularity, the streaming services continue to offer a greater number of shows featuring more favorable LGBTQIA+ storylines.

The programming currently being featured by the television and film industries are tracking shifts in American society. According to a study last year on a random sampling of 15,349 adults belonging to Generation Z, 15.9% of people identified as LGBTQIA+. Compared to the 9.1% of individuals belonging to the millennial generation who revealed identifying as part of the LGBTQIA+ community, the younger Generation Z group has significantly more people. The millennials, who range from approximately 25 to 40 years old, while reporting a lower LGBTQIA+ percentage than Generation Z still have a higher percentage than America as a whole. A recent Gallup poll revealed that 5.6% of all Americans identify as LGBTQIA+ compared to a previous survey number of 4.5%.

This evidence demonstrates a recent trend showing increased numbers of individuals identifying as LGBTQIA+. Current programming and social media both respond to the trend and also play a big part in supporting these trends. For example, on Youtube it is not uncommon to stumble across videos from famous creators that reveal their coming out stories in hopes to enable their fans to feel less isolated. Joey Graceffa, Ricky Dillon, Troye Sivan, and Connor Franta are just a few of those creators.

TikTok has also become an outlet for LGBTQIA+ support. Creators post content encouraging others to view the LGBTQIA+ community with an open mind, use LGBTQIA+ related sounds, or even spontaneously come out in a video.

With the popularity the LGBTQIA+ community has amassed, various streaming services frequently incorporate these characters into their shows. American Horror Story, Schitt’s Creek, Crashing, and RuPaul’s Drag Race are a few of the shows that use LGBTQIA+ themes. The sheer number of shows across the streaming services not only bode well for LGBTQIA+ support but the quality of the representation is improving over the past few years.

LGBTQIA+ representation has vastly improved from years ago when shows may have had one token minor character or a same sex couple meant to insert a comedic element into the show. Over the past few years, however, LGBTQIA+ characters have become the centerpiece of storylines. For instance, the exceptionally popular show Schitt’s Creek features the relationship between David and Patrick as the primary romance. The show highlights their personalities and style differences, showing that as with all couples, they are individuals who need to devote effort into their relationship. Despite their differences, the show leaves no doubt that they share a wonderful and sustainable relationship.

RuPaul’s Drag Race, a reality series, focuses on the competitors themselves as well as their talents. Viewers get to see the drag queens competing against one another in various events and also meet the men behind the makeup as they discuss past struggles from being mistreated or victimized. As each competitor is featured and takes turns sharing his story, family life, emotions and perspective on the competition, viewers begin to feel as though they know him personally, empathizing with his position. In addition, the scenes in the dressing room reveal the intricacy of the makeup, creativity, and sewing skills that are poured into each outfit. The show demonstrates the humanity and uniqueness of each competitor. The most recent season, Season 13, also included a competitor who is a transgender man, who happened to be a known makeup artist among celebrities. The show also has frequent guest appearances by top billing actors, music artists, and even a Senator, showing widespread support throughout America. RuPaul’s own mantra to love oneself will encourage others to feel comfortable in their own skin.

In light of social trends and popular demand, viewers and social media users can expect to see more LGBTQIA+ programming in the next few years.