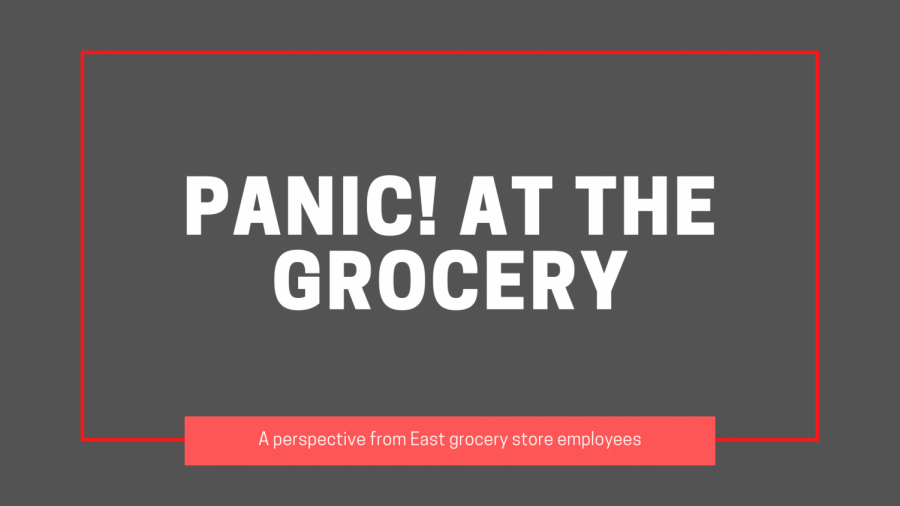 For grocery stores in the Cherry Hill metro area, it has been a week of chaos and short supplies as residents rush to stock up amidst fears of an extended quarantine.

Photos have flooded social media of entire shelves emptied of meat, water, grains and other essentials like toilet paper, water and hand sanitizer. In this chaos, employees have had to work harder to restock the items that are flying off the shelf. Eastside spoke to four students who are employed by three major grocery stores in the area to get a sense of what their lives have been like in these chaotic times.

“How big the workload is compared to how it used to be is…really crazy,” said Chris Scutti (‘20), who works at Target near Eagle Plaza in Voorhees. He notes that he has even stayed overtime to continue stocking the beverage department, where the bulk of Target’s water is shelved.

All four students noted an increase in tension and aggression in customers as news of the virus’s spread became more dire and alarming.

“It was different…everyone was angrier…” said Emely Gelman (‘22), who works at the Wegmans in Mount Laurel.

“The people who come in at six have been having to push their way into the store because people are lining up at the doors and being incredibly rude and panicky,” said Drew Baran (‘20), who works at the Wegmans in Cherry Hill.

Some stores have started to crack down on supply hoarding, like Scutti’s Target, which has limited customers to one of each essential item (e.g. water, toilet paper and wipes) per trip. This has led to some complaints, according to Scutti, because one 8oz bottle of water and a gallon bottle of water both count toward the one water rule.

Dealing with angry customers is only part of the difficulty, though. For Scutti, the hardest part of this crisis is seeing the people that leave without what they want, either because they cannot afford an item or the item was sold out.

“Some people…aren’t able to get the essentials because people have been buying up the shelves…” said Scutti. “It’s sad that people can’t get the essentials.” He copes by working as hard as he can to stock the shelves to make sure products are available to the customers that come in, as well as by being thankful for the things he has in life.

Lucas Botelho-Pettersen (‘20) is in a bit of a different world, but faces many of the same difficulties as Scutti. He works in the online grocery department at the Walmart Supercenter in Mount Laurel. He says that shortages of nearly every food product have led to his department shutting down for a day or two to restock.

“People just swept everything off the shelves,” said Botehlo-Pettersen. Walmart is not alone in seeing these mass purchases, though. In ringing up customers this week, Gelman has seen price tags of over $700.

For Baran, though, the difficulties of this crisis are personal. His father returned from the hospital this Tuesday and is immunocompromised. He says that he does everything he can at work to avoid getting sick.

Ultimately, though, the best thing to do to help grocery workers in this time is to keep a calm head and not panic – and maybe say thank you.

“Yesterday, when one of the…customers came up to us and thanked us for all the hard work, it made me really happy…it was nice that people were acknowledging what we were doing,” said Scutti.