Mr. Zografos returns as the new vice principal at East 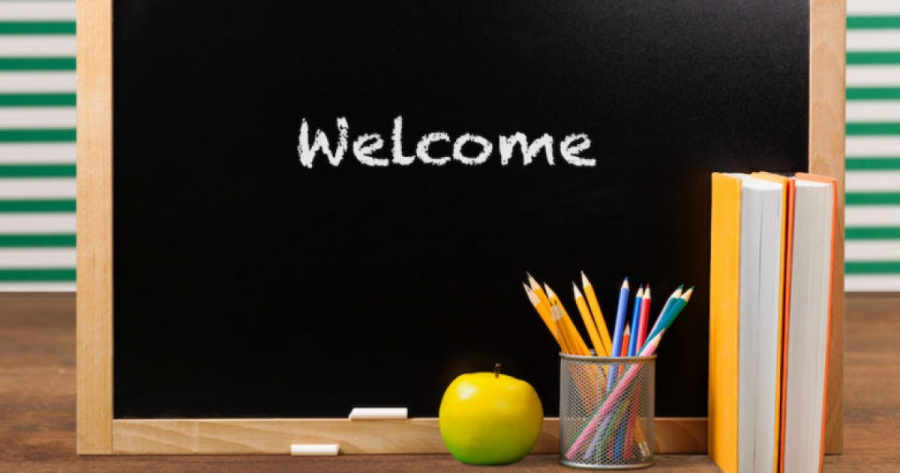 Courtesy of the NEA

After a long time away, East is proud to welcome the return of one of its staff members, Mr. George Zografos.

Between Rosa Middle School and Cherry Hill East, this will be Mr. Zografos’ seventeenth year working in the Cherry Hill school district. “I spent three years as a guidance counselor at East, followed by thirteen as a Vice Principal of Rosa.”

Now, he is a Vice Principal at East, and will be working closely with the seniors this year.

“I love nothing more than to watch students blossom from orientation to graduation, and I am thrilled to be able to be back to witness that again,” Mr. Z said about his return. Mr. Zografos has already been hard at work trying to make this unusual year as great as it can be. He was one of the brilliant minds that helped Senior Sunrise come to life.

Mr. Zografos said that he returned to East because, “My supervisors in the district knew that my talents and what I bring to the table are much better suited to the high school.”

Although he is back, his responsibilities have changed. He explains, “I now oversee the guidance and special education departments, but I no longer have the responsibility of running security drills.”

The freshman readers should definitely understand what it is like to change to a new school, especially in this odd new virtual world. Mr. Zografos can relate. He went on to say, “The shift from middle to high school is quite an adjustment. Because I am going through the transition myself, one of my first assignments at East was to help the incoming freshmen get adjusted to high school. Everything around me feels so much larger.”

High school is an adjustment for everyone, but East is definitely a great school when it comes to welcoming new students and staff with open arms. Mr Zografos continued, “Even if West or any other school had been on the table, I know I would have chosen East every time.”

For those wondering about Mr. Zografos’ life outside of school, he says “I’m Greek, and there’s nothing I love more than embracing my heritage. I play in a Greek band on the weekends. I am a huge fan of the Miami Dolphins, which often receives a lot of jaw drops and laughs. As far as my personal connection to East goes, both of my children graduated from East, so I know what it is like to be an East parent.”

It is great to have such a wonderful staff member back at East, as we all look forward to a great school year with him. Mr. Zografos said in his closing remarks “I really look forward to making the class of 2021 senior year as memorable and fun as possible.”