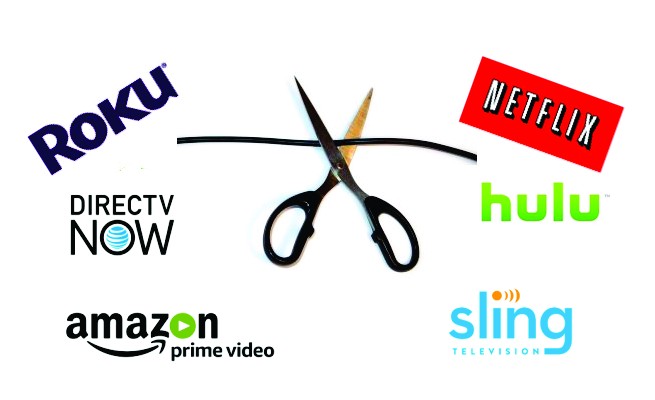 People across the country are no longer watching cable, instead they are using apps like Netflix and Hulu.

Back in 1978, kids would be running into the living room at 6:00 a.m. on a Saturday morning to catch the new episode of G.I. Joe. or Looney Toons. Today, kids can turn over in their beds and have access to thousands of titles, just off their phones.

As more streaming services are becoming popular and more commonly known, cable usage is rapidly declining, but why? Now, for a couple bucks a month, you can have access to endless re-runs and hundreds of movies, instead of over $100 in cable bills for a couple hundred channels.

The survey had been distributed to 27 students, 23 of which were freshmen, 3 sophomores and 1 junior. Of those 27, 18 were female and 9 were males.

Subscribing to six of the main streaming services, Leila Kramer (‘23) responds, “If I could subscribe to any service, free of cost[,] I would subscribe to Disney+ if I wasn’t already subscribed because it gives me a chance to relive my childhood memories.”

Out of the 10 streaming services provided, all 27 participants are subscribed to Netflix, with 51.9% being subscribed to Disney+. In order, the most subscribed services are: Netflix, Disney+, Hulu, Amazon Prime video, HBO NOW, Sling TV, and 6.7% subscribed to an unlisted program, as found in the survey conducted.

According to a survey done by Survey Monkey, 74% of their participants would rather pay for streaming services alone, due to the convenience, cost and control of the content. As an average bill for household-wide cable service would cost around $104 a month, a simple subscription to Netflix would only cost $8.99. Annually, you would be paying $1,248 for cable, while you pay $107.88 per year for Netflix.

By the end of 2018, over 33 million people had cut cable out of their lives completely, while 186.7 million Americans still use traditional TV services. When asked if they had switched to from cable to a streaming service and why, Arsha Garg (‘23) responded, “We are going to make the switch, as we don’t use the majority of the channels on cable TV. It turns out to be a waste of money, and for no reason.”

As the trend of the decline in cable use continues and the use of streaming services increase, you can finally watch the Victorious re-run whenever and wherever you want (for the low low price of $9.99!).