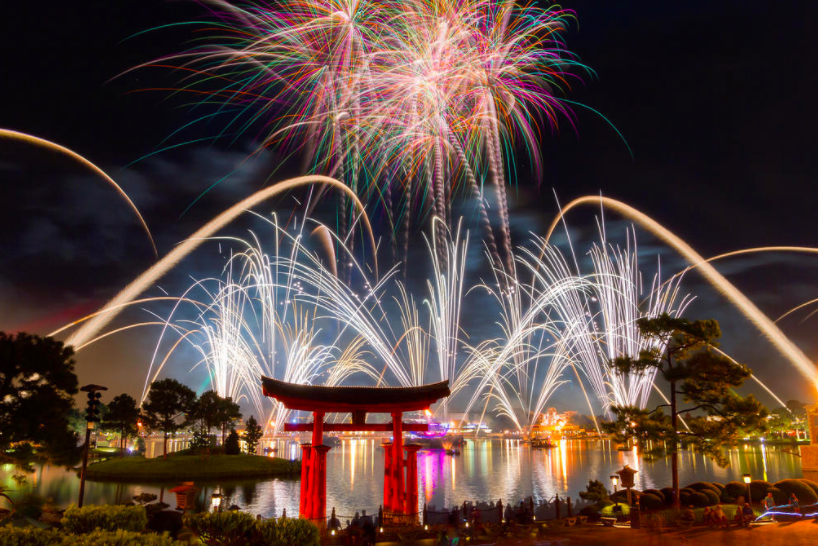 All the seniors gathered together to watch this amazing light show at Epcot.

Over the course of this past senior trip, which concluded on Monday, March 27, many seniors expressed that they had an enjoyable trip. However, for one night, all the seniors united as one and got to experience a firework show, all amongst each other, a memory that many students will never forget.

At 8:15 p.m., about 300 of Cherry Hill East’s seniors gathered into the Isles de France pavilion in Walt Disney World’s Epcot park. Every senior who was on the trip had the opportunity to view the Illuminations firework show spectacular as well as have a dessert party all together.

When the students arrived at Isles de France, many were surprised to see where their seats were. As VIP guest, the seniors, as well as chaperones, on the senior trip were invited to sit in an area that expanded off of the bridge on the very lake where the fireworks would be fired from.

As the seniors began to take their seats on the reserved platform, many were greeted with several tables of desserts and drinks to enjoy. Disney World provided the group with a large assortment of cookies, brownies, and even ice cream bars in the shape of Mickey Mouse. All the students got to enjoy as many snacks as they wished and began to take their seats before the firework show began at 9 p.m. promptly.

As the fireworks began, it was clear that this light show was newer to the Disney World parks. The fireworks came in all different colors and shapes, including a Mickey Mouse and a heart shape. Another effect that appeared a lot in the Illuminations light show was the shooting star firework. As each country was showcased though fireworks colored as their countries flag, music from that country played through the speakers, bringing all who watched the show on a realistic journey across the world.

“My favorite part about the Illuminations firework show was probably the explosion of colors,” said Cedric Middleton (’17). “This show was longer than most other fireworks shows and used every color of the rainbow.”

Many seniors enjoyed how smoothly the show was put on and how they all got to see the fireworks at such a close range.

Alexis McCollum (’17) also shared how she really enjoyed “how the buildings’ lights were all synched up with [the fireworks show]”. As each firework went into the sky, every building in Epcot light up to match the colors of the countries being featured, making the whole theme park light up with each new firework.

Despite how beautiful the actual fireworks were and how tasty the snacks were, for many seniors, the ambiance of the night made an even larger impression. For many seniors, the fireworks brought everyone together for one more night before resuming to individual activities and splitting off with small groups of seniors.

“I really enjoyed being with all these seniors together in one area and getting to spend quality time with each other,” said Christopher Nothnagel (’17) .

Although as one of the last times the Class of 2017 will all be together, the Illuminations fireworks show was a night that many will never forget.