There should be an all-female version of Ghostbusters 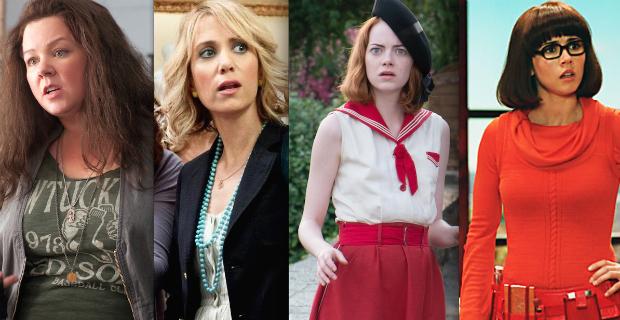 There has been a lot of talk recently about making an all-female Ghostbusters titled “Ghostbusters 3.” It would most likely be a follow-up to the two prior films as opposed to a remake of the 1984 classic and its sequel.

Ghostbusters truly is a classic. Starring Bill Murray, Dan Aykroyd Sigourney Weaver, Rick Moranis and the late Harold Ramis, it was a perfect blend of comedy and horror, scaring us half to death one minute, and making us laugh insanely the next. An-all female rendition would not ruin the sheer excellence of the original movie. At first I was skeptical, due to my love for the first movie and begrudgingly, also for the second one. But, a more modern, female approach would be a lot more interesting.

An all-female Ghostbusters would aid to the advancement of the feminist world. Feminism has become a popular topic recently, especially with Emma Watson promoting the idea by saying that people should not “man hate.” Many stars including Joseph Gordon-Levitt and Taylor Swift have joined Watson in spreading her theory regarding feminism. A female version of Ghostbusters would show that a girl does not have to hate a man to be a hero. It would definitely be the type of girl power movie Hollywood needs.

A female version is definitely a decision to be made. I say yes. It would finally show the world that if a man can do it, so can a woman. Who knows? The girls may even bust ghosts better than the boys ever did. I am sure that boys and girls alike would agree that the idea of an all-female Ghostbusters soon should, and will, become a reality.