The United States should lower the drinking age to 18 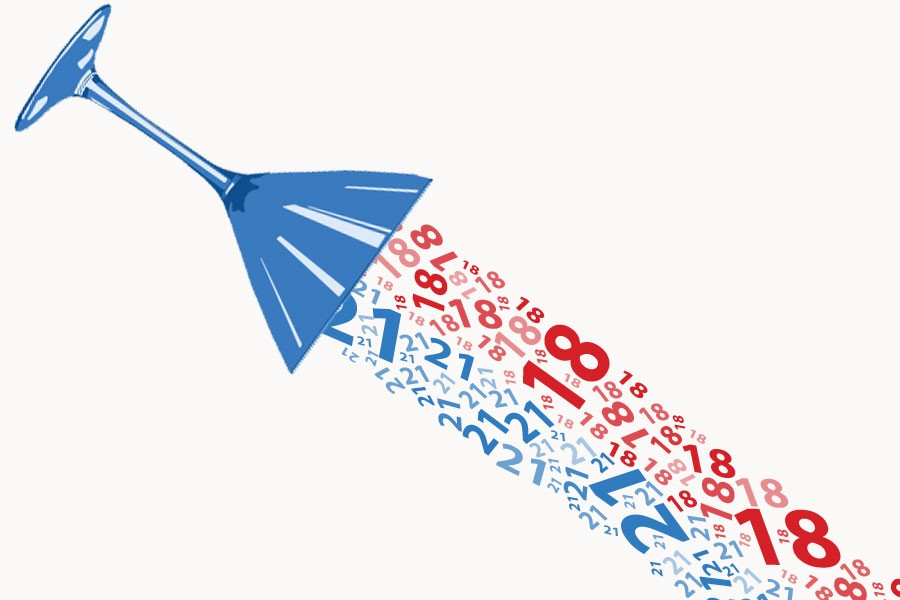 Courtesy of: The Patriot.

A national debate engulfs over the drinking age.

If you’re reading this, there’s a good chance you’ve broken the law. From jaywalking to obscure rules set in place hundreds of years ago, there are many laws that are commonly violated and rarely enforced. In those cases, though, little harm is done and the violation really isn’t a big deal. There’s one law, however, that gets violated all the time, but also has grave consequences. That law is against drinking alcohol while underage.

Those under the age of 21 are prohibited from consuming alcohol around the country, preventing most college students and all K-12 students from drinking. Despite this regulation, National Institute of Health Data from 2017 found that 53.6% of college students had drunken alcohol within just the past month at the time. While some of those students were 21 or older, most college students are below the legal age to drink. This data speaks to the serious problem in the U.S. with underage drinking.
From damaging brain development to causing dangerous car crashes, alcohol in the hands of young people can be disastrous. That fact makes it all the more concerning that young people are consuming alcohol even though it’s illegal.

Clearly, making laws against the dangerous actions has not been an effective solution. In fact, doing so may have made the problem worse. Young people commonly “binge drink” and
not only consume alcohol, but consume it in excess. This may be due, in part, to the culture around college drinking. With alcohol being illegal, it has to be used secretly. Responsibility in drinking is not well taught and overseen, as the expectation is that drinking should not occur at all.
Lowering the drinking age to 18 must be explored as a possible solution in decreasing underage drinking. College-age people are likely going to drink, so it may be worthwhile to allow them to do so legally so that their conduct can be regulated better.

There are various arguments against this idea centering around the fact that medically, it is unhealthy for people ages 18-21 to be drinking. The point of this change, though, would actually be to decrease underage drinking, not increase it, which makes those arguments less of a concern.
While not everyone agrees that the drinking age of 18 would work for the U.S., that standard does exist around the world in numerous countries such as The United Kingdom, Mexico, and Australia . It’s hard to be 100% sure that a lowered drinking age is, or is not, the best solution. That’s because of the lack of recent data on how that would affect the U.S. Wyoming was the final state to change its drinking age to 21 and did so in 1988.

It’s quite possible that a drinking age of 18, if implemented with the right conditions and regulation, could really help decrease irresponsible drinking behavior like binge drinking and also help learn a lot about dui consequences first offense. Because this would be such a big change, we should work to test it in smaller environments. Then, if it is as effective as hoped, it could be expanded nationwide.

While there is no consensus on how to get there, there is a clear consensus on the idea that something must be done to help reduce harmful underage drinking. Lowering the drinking age is one possibility that needs to be part of the conversation.