Soleimani’s death isn’t as good as you may think 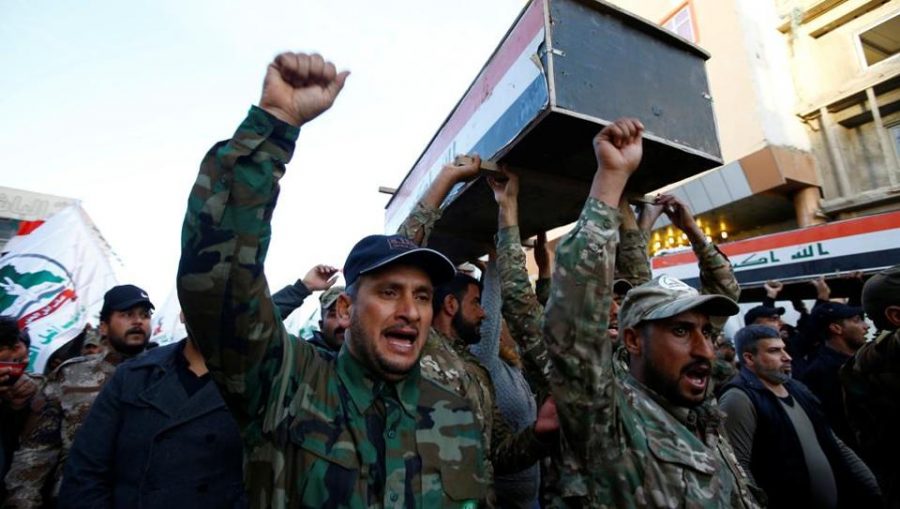 Iranians mourn the death of Soleimani and protest the strike.

You hear on the news that a terrorist foreign general responsible for hundreds of American deaths has been killed. That’s clearly a good thing, right? That exact situation happened this past week, but unfortunately, it’s much more complex than a simple positive output. In fact, President Trump’s recent decision to carry out such an execution was a dangerous and poor one that is leading the United States in a dangerous direction.
On January 3, 2020, Iranian general Qasem Soleimani was killed by an airstrike as he arrived in Baghdad, Iraq. Soleimani was the leader of a powerful military group in Iran called the Quds Force. He was arguably the second most powerful person in the country, giving him a status of great power and even earning him reverence from many Iranian people. Soleimani and his forces have the blood of possibly hundreds of  American people on their hands.

So why was his killing not a great thing, but, in fact, a bad one? The initial results provide one large part of the answer. Since the strike, tensions with Iran have skyrocketed. Fear of war has spread through the U.S., and that’s just the start of our new problems. Due to a series of consequences from the strike, Iraq is ordering U.S. troops out of the country, compiled with key allies like Great Britain distancing themselves from the U.S.

Iran announced their complete abandonment of important regulations in the Iran nuclear deal, and all that is likely just the start. With those negative consequences come no apparent benefits. The blow-back from American actions in Iran has ultimately harmed America.
The key argument in favor of the strike is that Soleimani was a terrible person who deserved to die. No one is trying to diminish Soleimani’s crimes, but just because someone is bad doesn’t mean the U.S. should act recklessly kill that person. There are undoubtedly dozens of dangerous people alive today that the military could act against. However, it’s not worth eliminating a dangerous person if doing so only creates more danger, so the U.S. doesn’t take those actions. That line of thinking is what should have been followed in the recent Soleimani situation, as Americans are now only in more danger.
Some supporters of the President’s decision, including the President himself, argue that there was an imminent threat posed by Soleimani that justified the killing. However, with no evidence of such a threat being provided to the public and some sources telling reporters of facts to the contrary, this “imminent threat” has come into question. If there truly was an imminent threat, the strike may have been justified, but the American people deserve to know all the facts.
Further on who deserves to know what, President Trump’s strike may not have even been legal due to his failure to inform Congress of the action. Congress holds war powers in the U.S. and some argue that Trump took a step further than his personal powers allow with the assassination.
When it comes down to it, little justification has been provided for the strike, few positive

effects have been exhibited, and an array of negative consequences has already emerged. For America, we can only hope that Trump’s decision turns out to have been one of good results. For now, though, it appears that the President has made a grave, disastrous mistake.