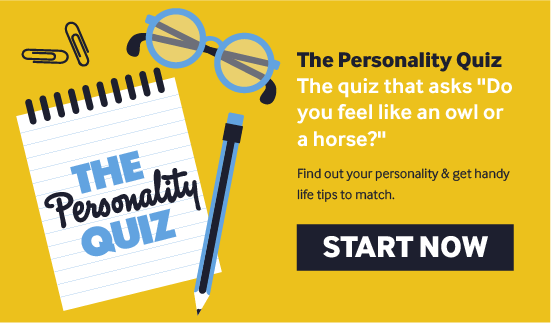 For those reading this, most have taken some sort of personality quiz – one that tells them what character from Game of Thrones they are, what house they would be placed in if they went to Hogwarts, what flavor of ice cream they are. These are short little quizzes that take minutes to complete and give people… what? Although we all take them, excited to find out who from One Direction would make the perfect boyfriend for us, what exactly drives us to take these quizzes as often as we do, and does it really matter if someone is a chocolate-flavored Jon Snow who would be placed in Ravenclaw?

Well, it turns out that there are actually a couple reasons why we take these quizzes. According to Christine Whelan, sociologist in the School of Human Ecology at the University of Wisconsin, it is because we want attention and the quizzes we take seem to give us just that.

“People love it when you ask them questions about themselves,” Whelan said, “[It] makes us feel good that the quiz is interested in us.”

Personality tests also give us confirmation on personality traits that we believe we possess. People like being told what they want to hear, so a person can believe that they are shy and witty, but they appreciate being told this by something other than themselves.

“Someone can say, ‘I feel like I’m introverted,’ but they like that external validation,” said Mitch Prinstein, a professor of psychology at the University of North Carolina at Chapel Hill. “It feels like an official test.”

While this answers the question about why we take the tests, it still does not answer the question, “Do the matter?” However, the answer to that is simple: no, they do not matter… at least in the sense that these quizzes do not tell someone anything that he or she did not think or feel already.

Though some people might not know off the top of their heads what Hogwarts house they belong to, they know which house they most closely identify with personality-wise. So if someone feels as though he or she should be in Hufflepuff, the personality quiz is only going to confirm what he or she feels already. No personality quiz is all-knowing and has insight into the psyche of everyone on the planet, it is only able to tell someone what it is told. For example, if someone takes the same quiz two days in a row and feels sporty one day and bookish the next, that same person is going to receive two different results from the same exact quiz.

Also, the reason why people post that their result from the “What Part of the Trail Mix are You?” quiz is because they want others to see them the way they are described in the answer. Psychologically, most people feel defined by the image that others have of them.

“It happens a lot in adolescence, but it continues into adulthood,” Prinstein said. “When we take a test that says we fall into a certain category, it’s kind of saying, ‘Well, I can establish who I am by letting other people see me in this way.'”

Basically, if everyone sees someone as a kooky and spontaneous person, that is how that person is going to see him or herself.

So no, the answers that someone gets from a personality quiz do not matter in any capacity, and no, if someone takes one of these quizzes a day, it does not necessarily mean that there is something wrong with him or her . It is in our nature to want validation of our personal opinions, and these personality quizzes provide just that.