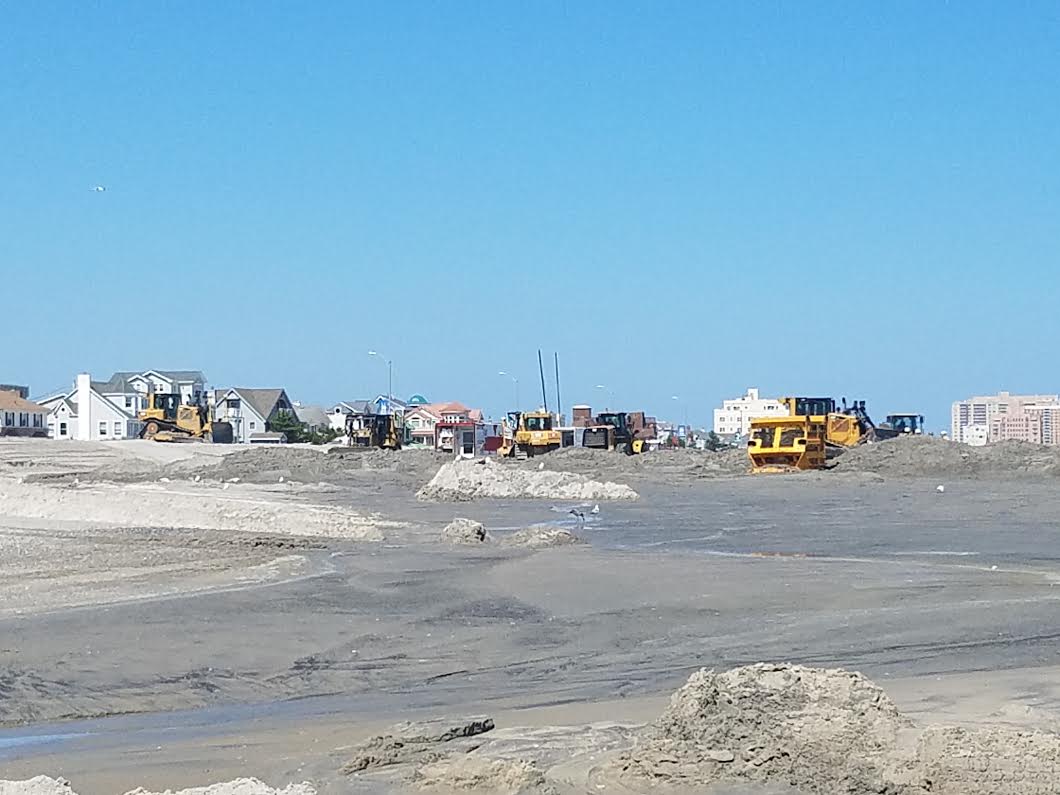 Margate is well known as a popular shore destination for Cherry Hill families. Every summer, Cherry Hill East students flock to the sandy beaches of this Absecon Island city. However, this summer, beachgoers have been rudely interrupted by a sand dune project spanning the entirety of Margate’s beaches.

As part of a federally funded program run through the Army Corps of Engineers, sand dunes will be bolstered along the beach with approximately three streets of beaches closed at a time. The project was initially set to commence in the neighboring town of Ventnor, but due to required maintenance work on one of the dredges, the project was switched at the end of June to begin in Margate. This announcement gave the city just under two weeks notice of the plans. The project began in Margate on July 5, and it is expected to last for a total of two months.

As someone with strong ties to Margate, having spent countless summer days soaking in the sun on its crowded beaches, it was devastating to learn of the closures. While beach protection and restoration is ultimately a necessity for shore towns, it is sinful for the government to schedule closures to Margate’s main attraction during its short peak season. It is alarming that the seasonal needs of the city were disregarded in favor of completing the dune project at the earliest possible date.

The loud sounds of working machines and sightings of ugly rusted pipes that run along the shoreline have angered beach house owners and renters hoping for a relaxing summer. This summer project will also surely continue to deter shoobies from going to Margate, only to spend the day at other New Jersey beaches. To add to the frustration of Margate beachgoers, over the past week, some of the Margate beaches have seen a rise in levels of bacteria near the construction sites. This has caused some of the nearby beaches to close off swimming areas. These dreadful conditions should not be forced upon a shore town that’s economy is heavily reliant on being an attractive summer tourist destination.

On top of the issues directly related to the active construction sites, recent rains have revealed that the project is flawed. Having faithfully visited the Margate beaches every year of my life, I and many other Margate beachgoers have taken for granted the luxury of having flat beaches. Normally, on this style of beach, excess rainwater will percolate within a couple days. However, now that large dunes have been constructed, creating hills of sand in the center of the beaches, pools of standing water have begun to form behind the dunes.

With many hot days still to come as the calendar roles over into August, these pools of water may become dangerous if they are not properly drained. Bacteria will ultimately begin to grow and mosquitos will be attracted to the area. This will effectively put several entrances to the beach out of commission, forcing people to walk multiple blocks to get onto the sand safely. This drainage issue is inexcusable as it threatens the health of people who want to utilize the city’s notable beaches.

Another major problem with the sand project is that it has completely ruined the primary function of the Margate fishing pier on Exeter Avenue. The Anglers Club of Absecon Island operates the pier, and members of this club pay about 225 dollars per year to fish from it. However, due to the increased amount of sand in the area, it now hardly touches the water. With no water flowing underneath the pier, it is virtually unusable until much of the new sand has washed away.

Overall, the sand dune project in Margate has caused far too many problems for the city. Unfortunately, the federal government and Army Corps of Engineers did not consider what was in the best interest of Margate, leading to disaster.