How Odell Can Get Off The Most Hated NFL Players List 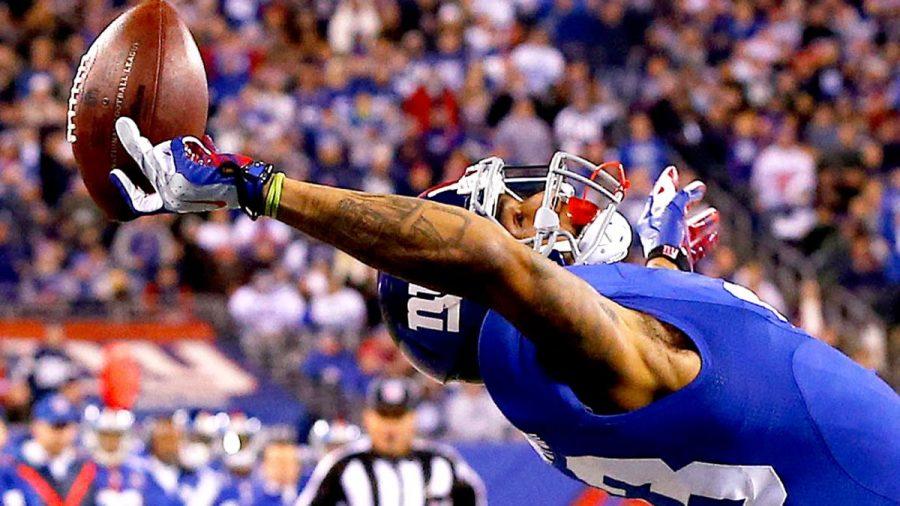 Odell catches the ball shocking the crowd at a New York Giants Game.

According to SportingNews.com’s list, there are quite a few hated players in the National Football League. From Richie Incognito to Tom Brady, recently the spotlights’ been on a young wide receiver.

New York Giants wide out Odell Beckham Jr. was at the center of a scuffle with now-Redskins defensive back Josh Norman week 15 last season. Throughout the game, the two got into multiple fights– most of which were instigated by Beckham.

The fights blew up even more on social media with antagonizing tweets posted by both Beckham and Norman. However, at the end of it all the media still blames Beckham for the entire dilemma. Highlight reels do show OBJ igniting at least four in-game fights, racking up more penalties in the first half than receptions. Not to mention, embarrassing the Giants organization along the way.

Other than the Beckham vs. Norman fight, Odell is a pretty genuine wide receiver. Except he is just a bit flashy. Boasting bright red and green Christmas cleats during warmups, the third-year Giant illuminates the stadium with his brash attitude. He has also been seen wearing Charlie Brown cleats during Thanksgiving.

His provocative touchdown dances and celebrations are prime examples of just how cocky he really is.

Through all Beckham’s shenanigans, he holds the number 36 spot on the 40 most hated NFL players list on Sporting News. Other Giants join him on the list like Eli Manning and Lawrence Taylor.

With a career so young, he should probably think about getting off a list that holds such a bad reputation.

It starts with playing football and only playing football. Last season, Manning connected with OBJ 96 times for 1,450 total receiving yards. If he can keeps these numbers up, while exhibiting professional ball, Beckham has a chance of getting off the list.

He’s third overall for fantasy this year. Fans and team owners are projecting a big year for Beckham. This is his chance to impress the fans and maybe get them to like him a little more.

To be a people’s person, charity should come by heart. Beckham needs to find a cause he is willing and proud to support. He already has been a part of two known charities. Beckham participated in the “David Tyree Charity Bowl,” which benefits children of the city. He also took part in a St. Jude Children’s Research Hospital charity softball game with Prince Amukamara and Steve Weatherford. Beckham even threw a 90 mph pitch, earning the love of many kids at least.

A lot of players create their own foundation, Beckham has yet to do so. Whether makes one or joins one, it’s crucial for Beckham to get on the media’s good side by taking charitable steps forward.