Fans react idiotically towards Zayn Malik’s departure from One Direction 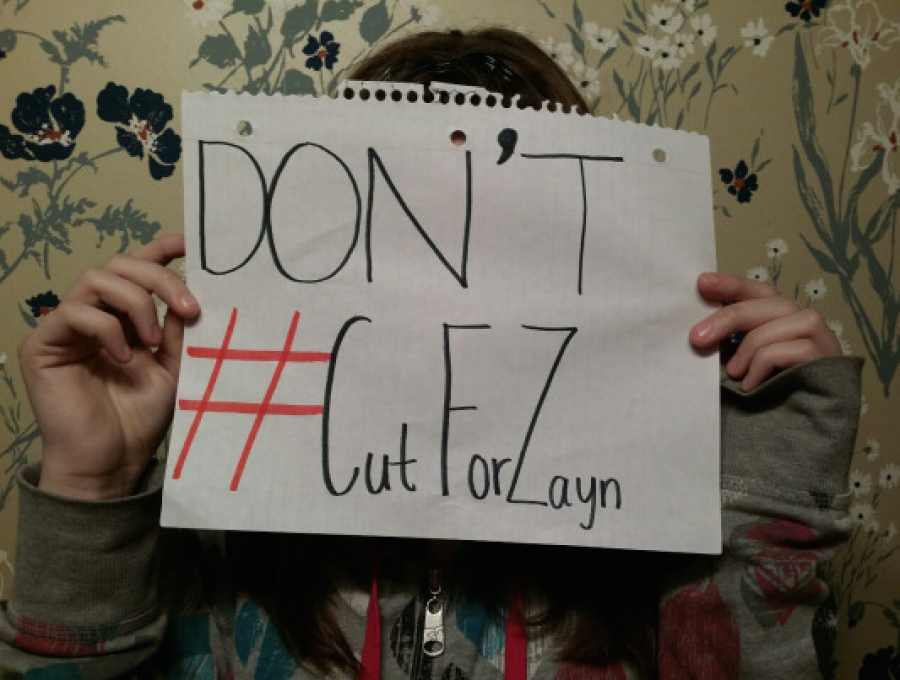 On March 25, Zayn Malik, one of the five singers in the extremely famous pop group, One Direction, decided to take some time off from the band by leaving One Direction and its huge spotlight. While many One Direction fans, also known as Directioners, mourn about the loss of Malik, some fans have been taking this personal decision to an extreme extent by self-harming and threatening to commit suicide.

The Directioners who have been cutting their wrists took pictures of their self-harm cuts and brought this serious issue to social media sites, such as Facebook and Twitter. Within 24 hours of Malik’s departure from One Direction, a fanmade hashtag, “#CutForZayn,” started trending everywhere.

The hashtag was originally made for Zayn Malik, who fans hoped would see it trending and join One Direction again to prevent more people from cutting themselves. However, Malik never united with the group, which made fans continue to hurt themselves and post about how they are planning on killing themselves.

Self-harm and suicide is a depressing, extremely important issue today in society and the fact that these Directioners are making the stupid decision of physically hurting themselves just because a band member left their favorite musical group does not give them the right to mock this serious topic as a guilt-trip to get Malik back into One Direction.

The best and safest choice for these heartbroken fans to take is to cry this decision off and wish Zayn the best in his personal life.

“[Directioners] should cry to themselves and eat ice cream, not cut,” said Emilia Panara (‘16).

Since there have been multiple cases of fans cutting their wrists because their role model did something problematic or devastating, like in 2013 when Justin Bieber fans cut themselves to stop Bieber from smoking marijuana, many people have not been taking mental illnesses seriously.

The immature and dumb decisions that Directioners are making in regards to Zayn Malik leaving One Direction have gotten out of hand. Announcing that you plan on ending your life and cutting your wrists, especially while posting a picture of your cuts online, is a dangerous step to take and will result in nothing but pain. Yes, it is very sad for everyone that Malik left One Direction, but there are so many safer ways to cope with this sorrowful news that definitely do not involve self-harm or losing one’s life.