Darren Wilson should be trialed for the murder of Michael Brown 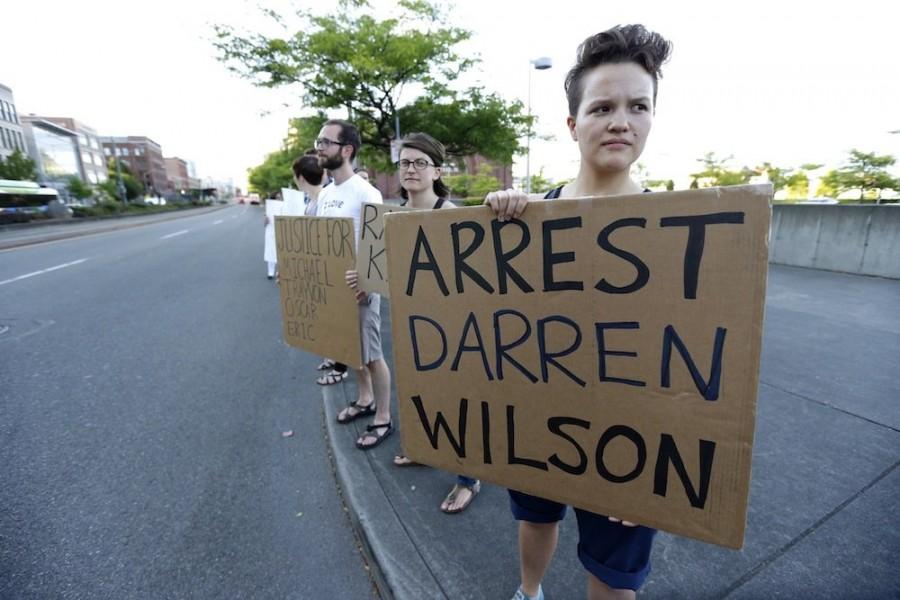 On Aug. 9, Michael Brown, 18, and his friend went to a local convenience store in Ferguson, Missouri and stole cigarillos. Ferguson police officer, Darren Wilson, was told to go to the area and arrest the two thieves. According to CNN, Wilson, alternatively, ended up shooting more than six bullets at Brown over the course of the day, leaving him dead in the middle of the street. On Nov. 24, the judicial court in Missouri ruled that Wilson will not be indicted for the murder of Brown.

The judicial court should trial Darren Wilson in this case because Michael Brown was completely innocent. According to The New York Times, Before Brown was shot dead, he raised his arms up in the air, showing Wilson that he was unarmed, and therefore not a threat to anyone. Brown and Wilson were both positioned far from each other; therefore, Brown, could not have hurt Wilson if he did not have a weapon on him.

Also, an unnecessary amount of bullets were shot at Brown. The teenager was shot six or more different times, with some bullets injuring minor areas, like his thumb and arm. But unfortunately, critical spots as well such as his head and chest were injured. If Wilson wanted to stop Brown, he could have given at least one shot to Brown’s kneecap, or simply tasered him. Brown would be stunned or unable to move, and then he could be arrested. After the arrest, he would recover perfectly and not have any critical bruises later on.

While a majority of people side with Brown, others disagree and support Wilson in this case. Walmart and people all over the world donated over one million dollars in support of Wilson. All the money donated is to help Wilson after he resigned his position on the police force on Nov. 30.

It is a fact that people and companies are giving a large amount of money to someone who killed a teenage boy. Even though Brown stole and was accused of being a “threat” to Wilson, that does not justify his shooting. It is downright disgusting. Luckily, a large majority of people in the United States and other countries, like France, have been protesting the judicial court’s decision to indict Wilson and are demanding justice for Michael Brown.

This incident, along with many other similar cases in the past, shows how racism still exists in the United States. If Wilson was black and Brown was white in this case, it is most likely and unfortunately suspected that Wilson would be proven guilty in trial. Students at East should be aware of all the stories of racist cops being unnecessarily harsh on the racial community.

If Wilson gets trialed on this case, the judicial court should not be biased under any circumstance, mainly including the race of both Wilson and Brown. There are so many people protesting for a just trial and there is so much evidence out there that shows that Brown should not have been shot, but just merely arrested for stealing. This young man’s life should not have been taken so soon.