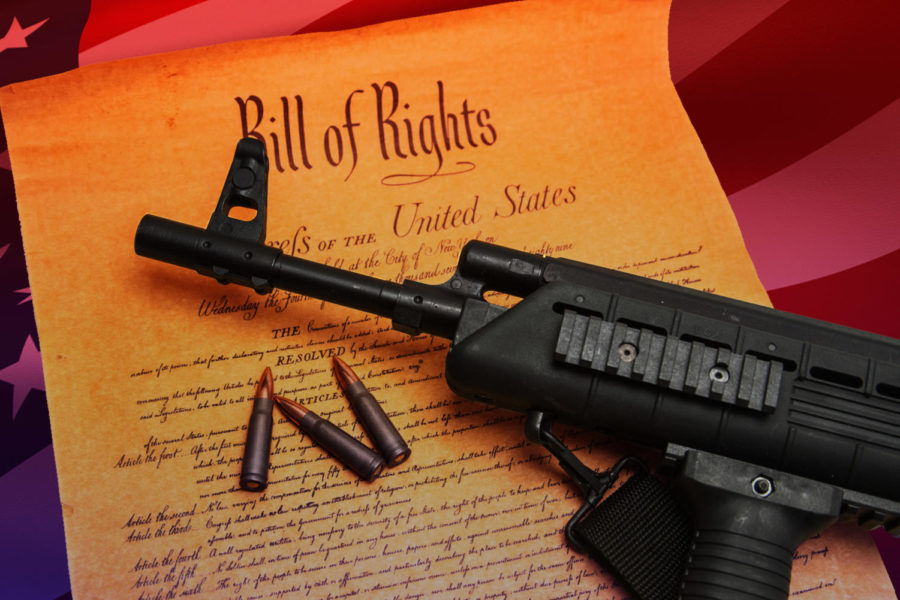 Courtesy of The Daily Beast

With the mounting controversy over gun control growing, what are we to do about it?

Another day brings another shooting. At the First Baptist Church in Sutherland Springs, Texas, a small community of about 1,000 residents found itself without 26 of its members. Among those lost were several children, a pregnant woman, and the pastor’s daughter.

Almost immediately came the tweets from Republican lawmakers, sending thoughts and prayers, just like every other shooting before; this will sadly be the extent of their action. Democratic lawmakers also sent condolences and prayers to the victims and their families. They also asked: how many more must die before action is taken? How could their fellow lawmakers on the other side of the aisle not support gun control legislation?

The National Rifle Association, founded nearly 150 years ago, is often credited with the lack of legislative action regarding gun control. During the last election cycle alone, the NRA contributed approximately $125,000 to Republican senators and just around $77,000 to the Republican National Committee. Since 1994, no major pieces of gun control legislation proposed in Washington passed as a result of this coordinated lobbying effort.

According to a Mother Jones investigation, in the same period of time, the nation has experienced 76 mass shootings, resulting in a total 643 fatalities. A number of these deaths were as a result of school shootings. In this same amount of time, 391 Americans have been killed in terrorist attacks, excluding the events of September 11.

The NRA bears sole responsibility for each and every gun victim within the past twenty-three years, as those deaths are a result their continued resistance towards any attempt to pass gun control. The NRA epitomizes the lack of moral leadership in the Trump era. The Republican establishment bears responsibility as well. The party, which once stood for fiscal responsibility has evolved into one which seems to care less about the people they are representing and more about gaining money. When one cares more about lining his/her pockets than saving the lives of children, he/she should not be allowed to represent his/her fellow Americans.

There is no reason not to support common-sense gun reform. For example, take the laws which are in place in Australia. After the horrific Port Arthur massacre in April 1996, which left 35 dead, the Australian government passed laws that restricted private ownership of semi-automatic rifles, semi-automatic shotguns, and pump-action shotguns. Since the passage of these laws, a Harvard study has found that not only have there been no mass shootings, but the homicide and suicide rates have also declined. Apparently, people dying is less important than money for GOP lawmakers.

Luckily, the American people seem to be sick of these seemingly constant tragedies. In this year’s November 7 election, gun control was a dominant issue in the Virginia governor’s race, with 17% of voters seeing gun control as the most important issue of the race. This may have helped propel Democrat Ralph Northam to victory, as he believes in strong gun control. Northam has an “F” rating from the NRA. Another interesting result from the day was the victory of former reporter Democrat Chris Hurst. Hurst’s girlfriend, fellow reporter Alison Parker, was shot on camera as she was covering a story back in August 2015. Hurst has become a staunch gun control advocate since the incident and ran for a House of Delegates seat in her honor, winning in an upset victory over incumbent Republican Joseph Yost. Yost holds an “A” rating from the NRA.

Perhaps this is a sign of the times, meaning that finally, the American people have begun to stick up to the NRA and its puppets across the country. Perhaps these victories in 2017 will translate into a large-scale Democratic victory in the 2018 midterm elections. Then, maybe, logical and effective gun control legislation will be put into place. Maybe then lives can be saved. Lady Liberty has lost too many of her sons and daughters to senseless, preventable shootings. Now is the time to remove the NRA’s death grip on the American people.