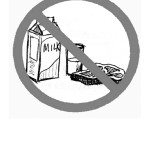 My experiences as a vegan have been life-changing.

After two days of being a vegan, I realized that this is what I wanted to be for the rest of my life. Every day since I made that decision, my life has been different. I have felt so much healthier since becoming vegan because I cut out so much of the unecessary junk food I used to eat. I lost some weight from being vegan as well.

Also, I believe that I’m happier and more energetic as a vegan. I can’t say sometimes it’s not challenging, because some days it is. At home I am able to buy many different foods that I can eat which makes it much easier to eat as a vegan. My mom also decided to become “vegan forever” with me, so we now share a closer bond over food.

After going to Florida for six days, I realized living life as a vegan isn’t as easy as I thought it would be. In going out to eat, you always have to ask if the food is made with butter or other non-vegan products. It also is challenging when nothing on the menu is vegan. Then, you’re left hungry since there is nothing to eat.

Although I lived off bars and fruit during my time in Florida, I still think being a vegan is worth it. I love the reactions I get when I tell people I am vegan. Most responses are “What do you eat? Nothing?” I love when people ask me that because I love explaining the vegan lifestyle. People are so curious about vegans and I find it very interesting to explain my new lifestyle to them.

I know that there will be many more challenging aspects of being a vegan, but after this three-week experience I know that I want to continue with this forever.