The Class of 2016 dances the night away on Bourbon Street 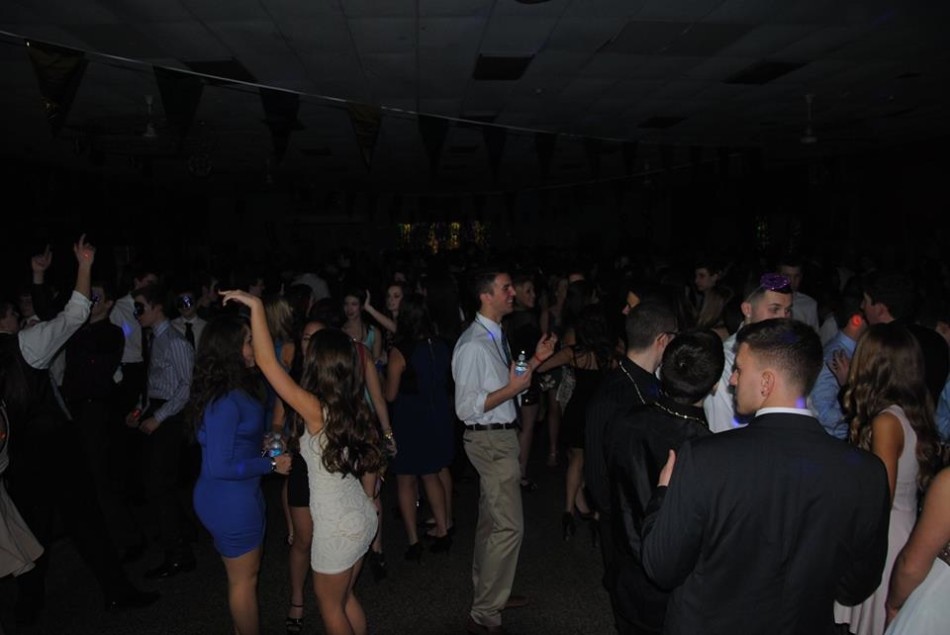 Cafeteria 1 was transformed into Bourbon Street at the Sophomore Cotillion. The Class of 2016 and their dates gathered at East ready to party at Mardi Gras.

The room was decked out in green, purple, and gold. When you entered the school, there was a huge poster that read “Welcome to suBourbon Street”. There was also an archway right in front of the Cafeteria that the sophomores entered to start their night.

There was even a band playing right as the students entered.

The decorations were widely talked about throughout the night.

“We just wanted to make a great dance with a lot of decorations,” said Kennedy Omari (’16), the sophomore class president.

The Mardi Gras theme was the most popular vote on the Class of 2016 Facebook group.

“We thought Mardi Gras is just one huge celebration so why not?” said Omari (’16).

This dance was sure to be a celebration for the Class of 2016.

“It’s really fun, I like the decorations and the music is really good,” said Calder (’16).

At the end of the dance, sophomores and their dates grabbed purple t-shirts with the Mardi Gras designs on them. The shirts were designed by Jacob Borowsky (’16) and Grace Shen (’16).

“We were so happy with how everything turned out,” said Mrs. Kelly, one of the Class of 2016 advisors.

It is safe to say that the night was executed spectacularly.