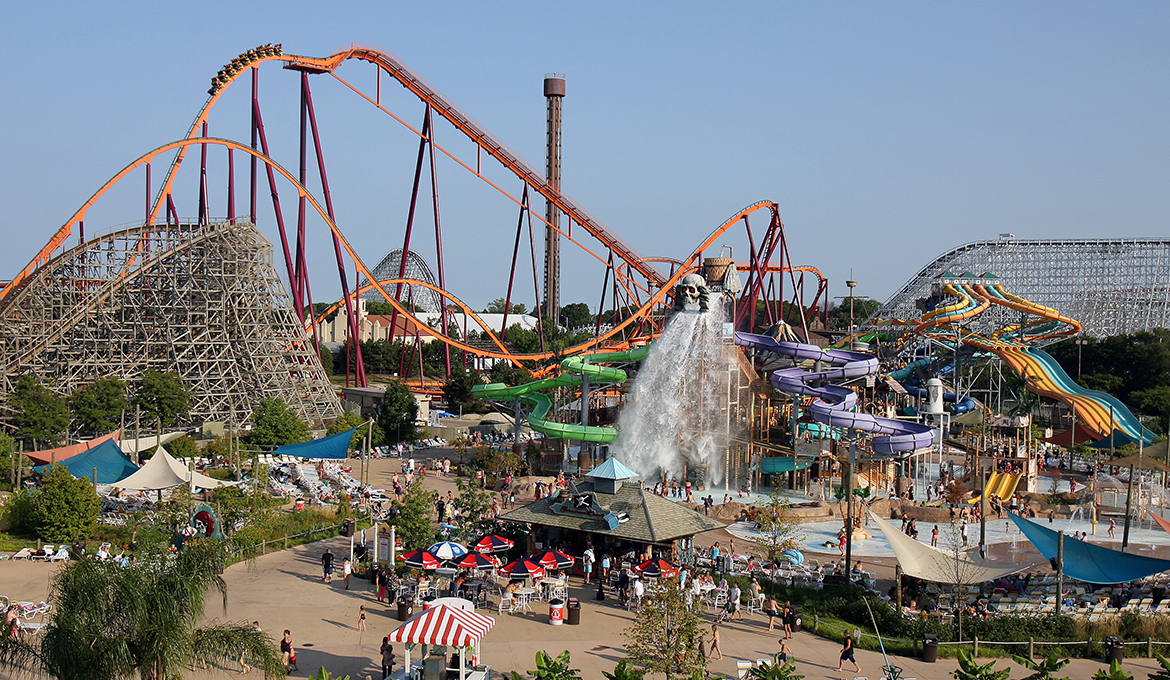 On Wednesday May 24, over 600 students gathered at Six Flags Great Adventure in Jackson, New Jersey. This event was coordinated to recognize the many students across New Jersey that are involved in Student Council at their schools. The park was completely closed off for the morning to the students.

The students gathered in the Safari Arena for the first part of the day to participate in an awards ceremony. During this ceremony, each school was given an award of excellence. There were performances, such as student volunteers who sang songs and danced for the crowd. There was also an interactive part of the show, where students were invited to come to the center to dance to songs such as the Hoedown Throw down, Cha Cha slide, and YMCA. Students sent a “wave” around the arena as well.

There were students from all over the state, including North Jersey, South Jersey, and Central Jersey.

“I think the coolest part was meeting people who do the same things, with student government, as we do here at East. I liked making friends with people that I can see again since they live close to us,” said an anonymous student from Cherry Hill High School East.

The coordinators of this event announced their fundraiser totals for this year. Their goal was succeeded with $101,000 donated to their charity. The new charity for 2017-2018 school year is called “Grow a Row”. This organization helps feed homeless and less fortunate people. With the money they collect, they use it to buy supplies and food for the homeless. They also make it clear that these food options will be all healthy foods to make sure that the people are getting nutrients and proteins daily if they cannot purchase them on their own. There is a website online that can give you more information about the organization and its goals.

After the ceremony, the students were able to wander around the park and venture out to different rides. The park was then later opened to the public as well.